In their last game against Australia, Sri Lanka suffered a 87-run loss at the Kennington Oval in London and therefore, it would need an extraordinary performance from Dimuth Karunaratne's men to get past an in-form English side. 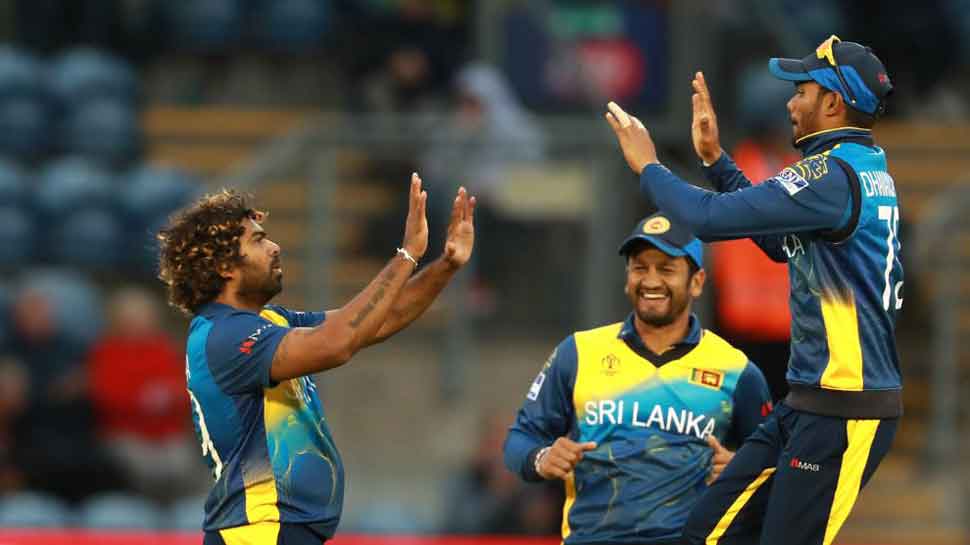 With just four points from five games, Sri Lanka will aim for an improbable victory and survival in the ongoing World Cup when they take on hot favourites England at Headingley on Friday.

The 1996 champions have managed to win just one game so far, that too against Afghanistan in what was a tense battle for them. The other two points that they have in their kitty are because of the washouts against Pakistan and Bangladesh.

In their last game against Australia, Sri Lanka suffered an 87-run loss at the Kennington Oval in London and therefore, it would need an extraordinary performance from Dimuth Karunaratne's men to get past an in-form English side.

England, led by Eoin Morgan, have been in sublime form, especially with the bat as they posted 300 plus scores in four of the five games -- two of them being 386/6 against Bangladesh and 397/6 against Afghanistan.

In their last match against Afghanistan, even though England were without their opener Roy, they still managed to post a humongous total of 397/6, courtesy Morgan, who brought the crowd to their feet during his 71-ball knock of 148, which included a record 17 sixes.

Thus, it would require Lasith Malinga and Nuwan Pradeep to deliver an out of the box performance to stop the England batsmen from going berserk in Leeds.

Another thing which Sri Lanka need to be wary of is the middle-order collapse that they have suffered on quite a few occasions in the ongoing tournament. They will have to make sure that they get a good start and build on that, instead of throwing it away and handing over the advantage to the opposition.