West Indies will now lock horns with Afghanistan on July 4 while Sri Lanka will take on India in their last group stage fixture of the 2019 World Cup on July 6. 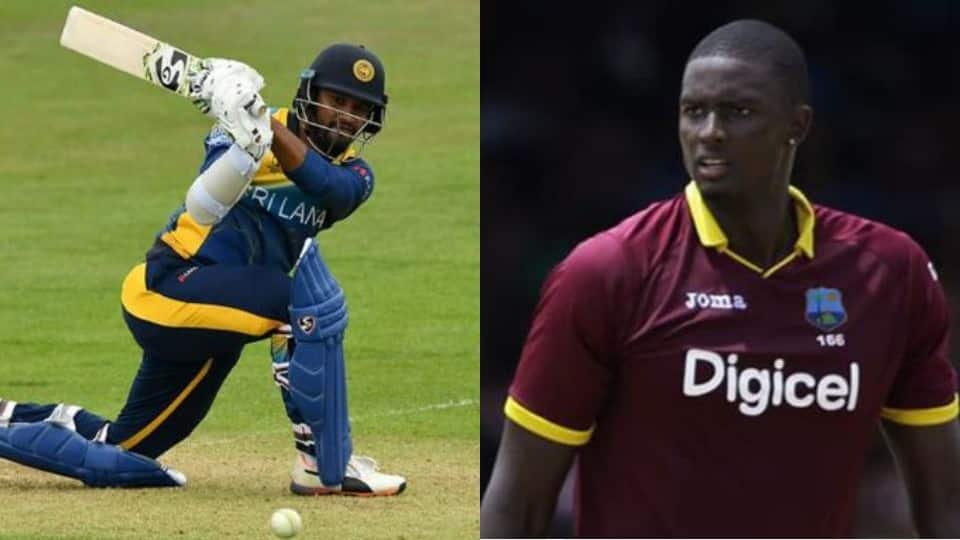 Avishka Fernando scored his maiden One-Day International (ODI) century before the bowlers came to the fore to help Sri Lanka seal a narrow 23-run win over West Indies in a high-scoring clash of the 2019 International Cricket Council (ICC) World Cup at the Riverside Ground in Chester le Street on Monday.

Put in to bat first, skipper Dimuth Karunaratne (32) and opener Kusal Perera (64) provided Sri Lanka with a perfect start by stitching a 93-run partnership for the first wicket.

After the duo's dismissal, Fernando not only smashed a 103-ball 104 runs including nine boundaries and two sixes but also stitched crucial partnerships with Kusal Mendis (39), Angelo Mathews (26) and Lahiru Thirimanne (unbeaten at 45) to help Sri Lanka post a mammoth total of 338 for six.

In reply, Nicholas Pooran scored a magnificent 118 off 103 balls besides also stitching a crucial 83-run partnership with Fabian Allen (51) to put West Indies on the verge of victory.

However, Pooran's knock went in vain as the Sri Lanka bowlers held their nerves to restrict West Indies to a score of 315 for nine in their stipulated 50 overs.

Lasith Malinga was the pick of the bowlers for Sri Lanka with the figures of three for 55.

# Sri Lanka posted a score of 338 for six after being asked to bat first. It is by far Sri Lanka's highest total in the 2019 editon of the ICC World Cup.

# Avishka Fernando smashed a blistering knock of 104 off 103 balls. En route to his knock, the Sri Lankan batsman brought up his maiden World Cup 2019 half-century as well as maiden One-Day Internatonal (ODI) ton off as many deliveries.

# While chasing the target, West Indies' Nicholas Pooran too smashed his maiden ODI ton off 92 balls. He also brought up his second half-century of the 2019 World Cup en route to his magnificent knock.

# During the match, experienced player Angelo Mathews bowled his very first over since December 2017. Intrestingly, he also bagged the big wicket of West Indies batsman Nicholas Pooran (118) in the only over he bowled during the match.

# It became the first time in the history of the World Cup that two men under the age of 25 have scored hundreds in the same game. 21-year-old Avishka Fernando and 23-year-ol Nicholas Pooran smashed centuries during the match.

West Indies will now lock horns with Afghanistan on July 4 while Sri Lanka will take on India in their last group stage fixture of the 2019 World Cup on July 6.