Australia’s key pace weapon Mitchell Starc roared to the top of the wicket-taking charts at the ICC Men’s Cricket World Cup - and then made it clear he has no intention of resting on his laurels. 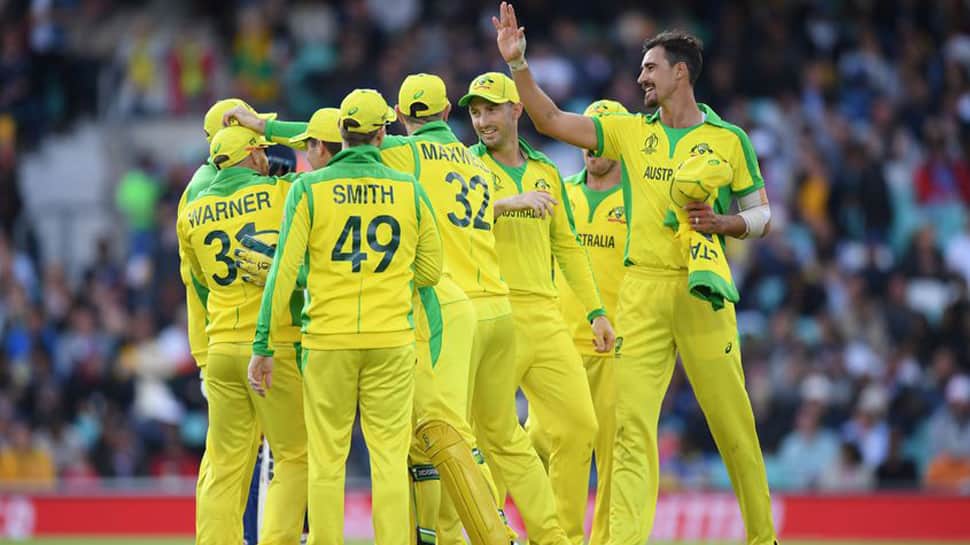 Australia’s key pace weapon Mitchell Starc roared to the top of the wicket-taking charts at the ICC Men’s Cricket World Cup - and then made it clear he has no intention of resting on his laurels.

As per ICC press release, with the champions now in pole position at the top of the table to reach the semi-finals, there will surely be a temptation to give their potent left-armer a break this week after a hectic period.

Yet after breaking Sri Lanka’s resistance with his 4/55 haul off 10 fine overs that set up his side’s 87-run victory, Starc explained how he certainly would not be volunteering to put his feet up now that he leads the tournament with 13 wickets to his name.

“If I’m fit I’d like to play all the games. It’s not up to me but it’s the World Cup. I definitely won’t be putting my hand up to rest,” said Starc, after moving up to joint number two on the all-time list of Australian World Cup wicket takers alongside Brett Lee. Their 35-wicket hauls have only been bettered by Glenn McGrath’s staggering 71.

Starc reckoned he had not had time to think about having gone past luminaries like Brad Hogg and Shaun Tait with his haul against Sri. Lanka, insisting only that “I’m just glad we won.”

Asked about how he has managed to rise to the occasion throughout the tournament with similar breakthrough spells against West Indies and Pakistan, and now Sri Lanka, Starc said: “I do enjoy the challenge.

“It’s the challenge at the death, that challenge of trying to win a game for your team or trying to defend a title, I really enjoy that. It’s something I work really hard at and it’s been a role I’ve done for a long time.

“My economy rate might be higher than others, but I’m there to make breakthroughs for the team.

“Test cricket is still the pinnacle for me but the fact I’ve kept it pretty simple in terms of my gameplay for white ball cricket has held me in good stead through World Cups.”

Starc is proving a fine example for Australia’s other left-arm paceman Jason Behrendorff, who could not help but smile when asked what he learned from watching him.

“I have noticed how important it is to bowl 145, 150kph an hour!” he laughed. “It is something he does really well, he has got great intent and hits the stumps a lot .

“Two of his wickets were clean bowled, so credit to him, he has done it for a long time and is very good at what he does.”

Australia, though, also needed an important holding job from their fifth bowler, batsman Glenn Maxwell, whose 0/46 stint helped restrict Pakistan when they were threatening Australia’s total of 334/7.

“It’s not the first time he’s played as the fifth bowler,” said Starc. “He played a massive part in the last World Cup too; he keeps improving his bowling and did a fantastic job for us of reigning things in when they started so hard. It’s great for us, for him and for the balance of the team.”

That balance had been affected by the recent loss of Marcus Stoinis to injury, but Starc revealed that the all-rounder was remaining cheerful even though his World Cup participation still might be in jeopardy ahead of Australia’s next match against Bangladesh on Thursday.

“Stoin’s in great spirits, he’s always got a smile on his face, I think that’s why Justin Langer calls him the spirit of the team. He’s a great team man who just wants to do well for his mates and be around so he’s doing all he can,” he added.