New Zealand wicket-keeper Tom Latham paid tribute to the pace and accuracy of his team’s first change fast bowlers after gratefully accepting five catches in a seven-wicket victory over Afghanistan at Taunton. 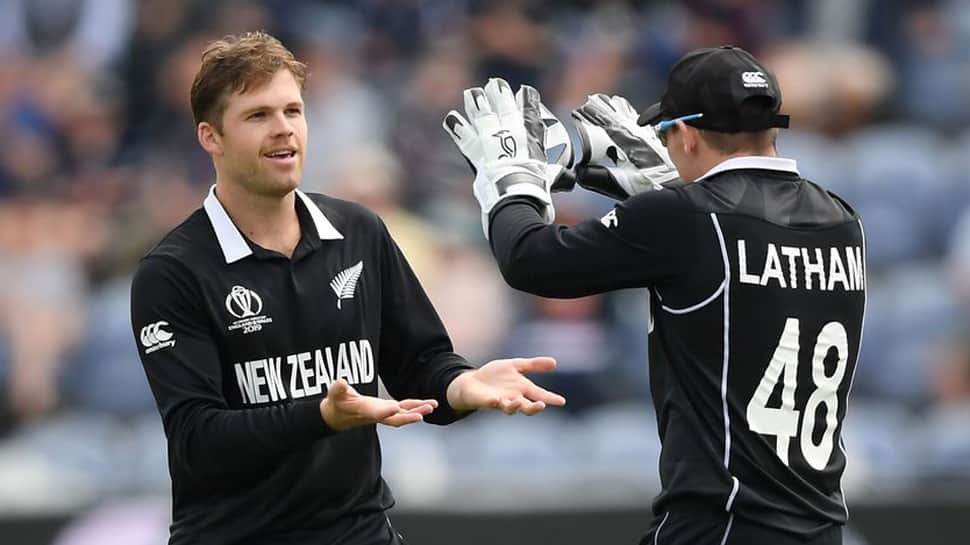 New Zealand wicket-keeper Tom Latham paid tribute to the pace and accuracy of his team’s first change fast bowlers after gratefully accepting five catches in a seven-wicket victory over Afghanistan at Taunton.

As per ICC media release, all-rounder Jimmy Neesham recorded his first five-wicket haul in ODIs while Lockie Ferguson again demonstrated that he brings an extra dimension to the New Zealand attack with his searing speed and hostile bounce.

The win takes New Zealand to three victories in as many games at the ICC Men’s Cricket World Cup 2019, much to Latham’s delight.

“I think it was a quality performance all round,” Latham said.

“Lockie is certainly bowling pretty quick at the moment which is nice for our side. It’s nice being behind the stumps, standing a wee way back and the ball fizzing through. He’s obviously a vital member of our group and the way we go about things through the middle. He’s been doing a fantastic job and it’s nice to see him getting some wickets today.

“He bowled pretty quickly today, I think the wicket did help which is nice. But I think the way he is able to adapt to each surface is really good and I think the way he has bowled in this World Cup so far has been great and hopefully he can got from strength to strength for the rest of the tournament.

“Jimmy was outstanding. He hasn’t bowled 10 overs for a while so I guess the way he came in and bowled, the way he bashed a hard length and got some pace out of the wicket was really good. And for him to get the figures at the end of the day and get those wickets in the middle was certainly confidence boosting, not only for himself but for our group.”

Afghanistan had made a strong start, with an opening stand of 66 before Neesham ripped through the top and middle order.
And Latham felt the ability to keep taking wickets at regular intervals was key, particularly at a venue like Taunton.

He added: “I think it just stops the momentum in terms of the batting side and on grounds which are a little bit smaller, 300 probably is par but when you are taking those wickets it obviously makes it hard to get those scores.

“So it’s important for us that we keep trying to find ways to take wickets through the middle and we’ve been doing that in the last couple of games so hopefully we can that in the next few games as well.”

Latham, who has returned to the side after suffering fractured fingers, also praised the fielding.

He added: “It’s nice when the guys are taking catches and guys are stopping those one-handed saves, it boosts the morale of the fielding unit. It is something we do pride ourselves on and I guess keep challenging ourselves on as well.”