In Australia and South Africa, India have beaten two feisty, competitive opponents, while New Zealand, the finalists from the previous World Cup, have conquered Sri Lanka, Bangladesh and Afghanistan. 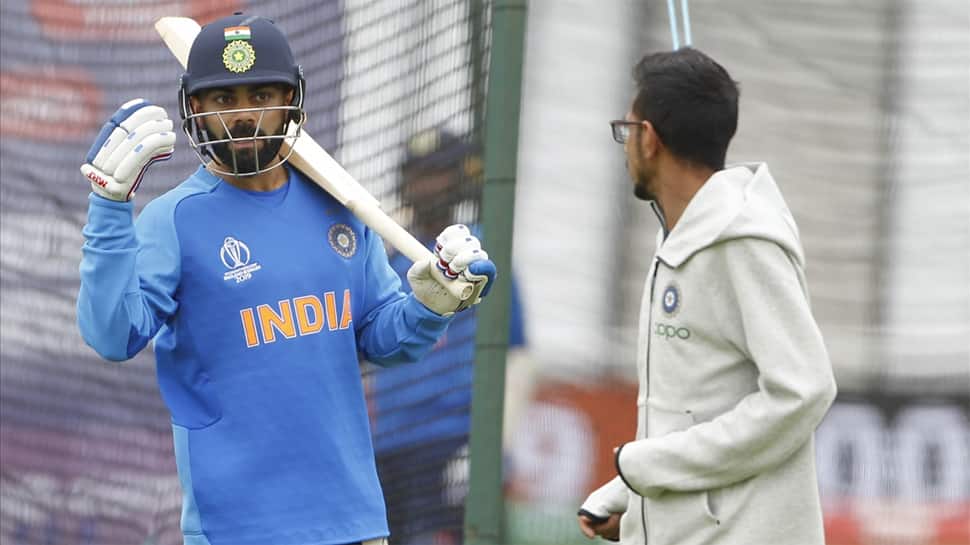 NOTTINGHAM: The only two unbeaten teams in the World Cup 2019, India and New Zealand have undoubtedly been on a roll but both teams' trajectory remain different. India have been dominant throughout the course of their two matches, whereas New Zealand, despite making it three out of three, have endured a few slip-ups.

In Australia and South Africa, India have beaten two feisty, competitive opponents, while New Zealand, the finalists from the previous World Cup, have conquered Sri Lanka, Bangladesh and Afghanistan, teams that deserve credit to have shown plenty of fortitude, but lack the intensity of an Australia or say, an England.

(ALSO READ: A history of India vs New Zealand at World Cups)

The idea of two quality sides squaring off against each other in the biggest cricket tournament is one thing, and the possibility of it actually taking place is another. This World Cup has already proven to be the most rain-affected edition in history, resulting in three washouts already – two in a row, in the second week of the tournament – and Nottingham threatens to add one more to the hit-list of England’s inclement weather.

Things in the city have been grim. It rained almost entire Tuesday and didn’t improve much Wednesday. In this while, India and New Zealand have missed out on a practice session each. In the initial hours of Wednesday, the rain decided to subside during which the Indian batsmen had a go in the nets, before the heavens opened up again. To make matters worse, as per forecast, 90 percent rain is expected on game day, even though the chances of a truncated match can’t be ruled out.

But for India, rain is not the only factor they have to deal with. Shikhar Dhawan's thumb injury, the news of which created a furore in Indian media, promises to come as a big jolt to the team, considering his brilliant record in ICC tournaments and simply the fact that he scored a fascinating century in the previous game against Australia. Although he has been kept back in England and continues to be monitored, he is set to miss Thursday’s game.

As for New Zealand, well, this is where the real test starts. The game against India begins a tough, challenging road against for Kane Williamson and his men, who go on to face South Africa, West Indies, Pakistan, and Australia next. Former left-arm spinner Daniel Vettori had recently pointed out that New Zealand won’t be defined by their performance against India, but rest assured, they will be tested. Especially their bowlers, who, in all three games, have bowled out opponents. Can they do it against a side that boasts arguably the best batting line-up in the world?

It wasn’t too long ago that the two sides had met in a five-match series, in which India beat New Zealand comprehensively on their soil after a 10-year long gap. And this was when Virat Kohli had left the series after three games, by then India had already ensured that the series was theirs. No better opportunity for New Zealand to land a timely blow and get revenge.

Weather: Cold and showers expected.  Then again, is it even surprising anymore?

With Dhawan out, KL Rahul, expected to be India’s No. 4 after that century in the warm-up against Bangladesh, automatically moves to the top. As for India’s No. 4, Vijay Shankar is likely to take up the spot. He was the first one to bat on Wednesday and he did so for almost 40 minutes. Dinesh Karthik batted for approximately 10 minutes each twice, and while some might feel Karthik is a strong contender, he might have to wait if India’s practice session is anything to go by.

Henry Nicholls was expected to be fit for the Afghanistan tie, even though he did not make it in time. Provided he is fit, New Zealand might replace Colin Munro with Nicholls at the top. The bowling is likely to remains similar with Matt Henry, Lockie Ferguson and Jimmy Neesham getting wickets.

– This is the first time in 16 years that India and New Zealand would face each other at the World Cup. Their previous encounter dates back to 2003, where India beat New Zealand by seven wickets.

“As far as Shikhar is concerned, we are observing him and it will take some time, around 10 or 12 days to figure out where he stands. We will be in a better position to take a call then because we don’t want to rule out a precious player like Shikhar, straight at the time of the injury” – India assistant coach Sanjay Bangar doesn’t want to close the World Cup door on Dhawan just yet.

“We’ve faced India a lot in recent times and had some success against them. Obviously, two world-class spinners on their day. I think we’ve had success at different stages. We’ll have to wait and see what the wicket produces tomorrow.” – Ross Taylor feels New Zealand can tackle India’s spinners.