The two teams have faced each other on 106 occasions in one-day internationals, but while India boast a better record overall, New Zealand lead 4-3 in World Cups. 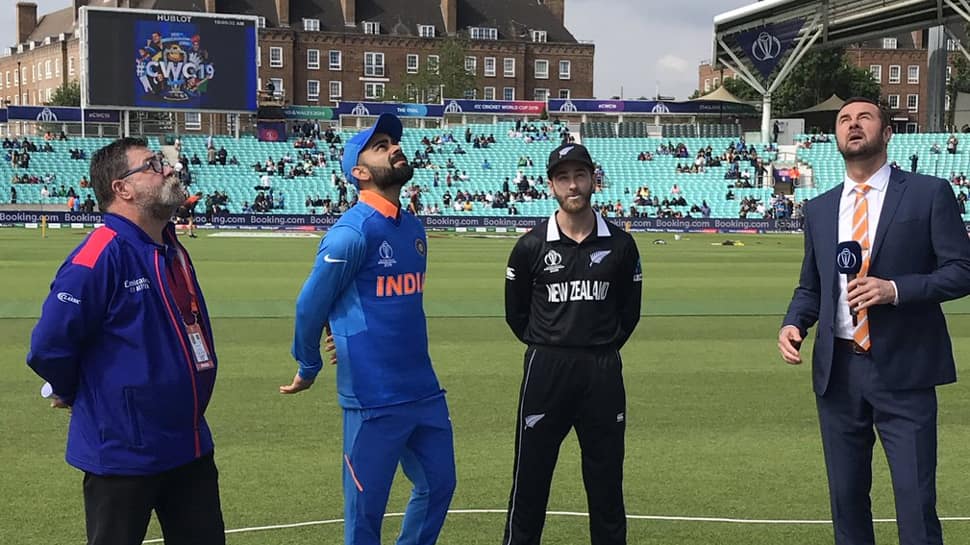 NOTTINGHAM: Having made it three wins from three games, a dominant India would want to extend their ruthlessness when they take on a feisty New Zealand at Trent Bridge. It’s a contest that pits the only two unbeaten teams in the World Cup so far, a tournament where New Zealand have had the upper-hand over India.

The two teams have faced each other on 106 occasions in one-day internationals, but while India boast a better record overall, New Zealand lead 4-3 in World Cups. Provided the weather permits an eighth contest between them at cricket’s biggest festival, we look back at their history at the World Cup.

India and New Zealand faced each other in the first World Cup in 1975, a  match in which opener Glenn Turner struck an unbeaten century to guide his team home. After the top order failed to fire, Syed Abid Ali, batting at No. 7, scored a 70 off 98 balls with five boundaries and a six to guide India to 233 in 60 overs. Ali later returned to pick up 2 for 35, but Turner ensured he stayed till the very end and struck a glorious, unbeaten 114.

Four years later, New Zealand made it 2-0 against India in Headingley. Sunil Gavaskar scored a slow 54 off 144 balls, but it remained the only substantial knock of the innings as India were bowled out for 182. New Zealand broke no sweat, winning the match by eight wickets. Bruce Edgar top-scoring with 84, while receiving supporting hands John Wright (48) and Turner (43*).

India off the mark

India and New Zealand did not face each other during their victorious edition of 1983, but finally managed to beat New Zealand for the first time at a World Cup four years later at home. Navjot Sidhu’s 75 and Kapil Dev’s unbeaten, aggressive 72 got India to 252 for 7 in 50 overs. Defending the total, Ravi Shastri and Maninder Singh’s spin rocked New Zealand, and despite Ken Rutherford and Andrew Jones’ half-centuries, the team fell short by 16 runs.

The two teams faced each other for the second time in 17 days. This time, in Nagpur, Chetan Sharma picked up his famous hat-trick, leaving New Zealand to 221 for 9 in 50 overs. Wright, Jeff Crowe and Dipak Patel got starts but perished shortly. India, in reply, gunned down the target in 32.1 overs with Gavaskar scoring his first and only ODI century. Kris Srikanth also played a handy knock of 75, and with Gavaskar, added 136 for the opening wicket.

The 1992 World Cup was held in Australia/New Zealand and with a home advantage, the Kiwis downed India by four wickets in Dunedin. In coloured clothing, an 18-year-old Sachin Tendulkar led India’s charge with a 107-ball 84 with six boundaries, and was supported well by his captain Mohammad Azharuddin. With opener Ajay Jadeja retired hurt and India effectively 22 for 2, Azharuddin and Tendulkar put on 127 runs and led a remarkable comeback for India. Kapil’s cameo of 33 off 16 in the end meant that India finished on 230 for 6. But New Zealand were not hassled and went about the chase with ease. Opener Mark Greatbatch scored 73 at the top, aided by an unbeaten 67 by Jones as New Zealand won with 17 balls left.

New Zealand made it 4-2 against India in the 1999 World Cup. India, batting first, were carried to 251 for 6, riding on Jadeja’s 76. There were starts from Rahul Dravid, Sourav Ganguly and Azharuddin, but none crossed 30. Matthew Horne and Nathan Astle began the chase in full swing before the Indian pacers – Debasis Mohanty and Javagal Srinath brought India back with a few quick wickets. But Horne batted elegantly at the top to score 74, and although he was run-out by Nikhil Chopra, Roger Twose came out and played a counter-attacking knock of 60 before taking New Zealand over the line.

In what turned out to be their last World Cup contest in 16 years, Zaheer Khan bowled splendidly and led a pace attack which bowled New Zealand out for 146. Zaheer claimed 4 for 42 to leave New Zealand tottering at 96 for 7 before resistance from the lower order got New Zealand close to 150. Defending a low total, Shane Bond rattled India’s openers – Virender Sehwag and Ganguly, and when Daryl Tuffey got the in-form Tendulkar caught at point, New Zealand sensed an opening. Help arrived from Dravid and Mohammad Kaif, who dug India out of a hole with an unbeaten 129-run partnership, both batsmen bringing up their half-centuries.