Wahab Riaz is turning to stats to give Pakistan heart after a tough start to their ICC Men's Cricket World Cup campaign. 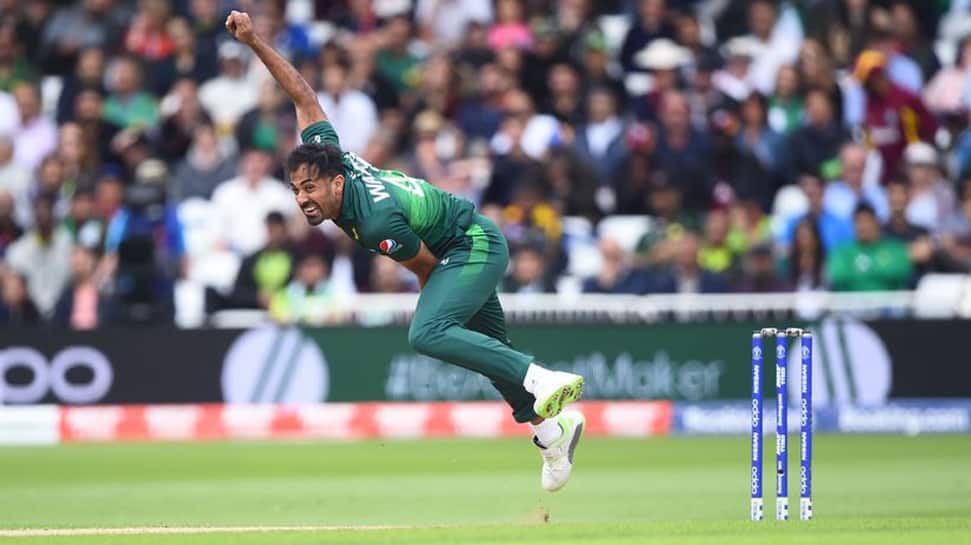 Wahab Riaz is turning to stats to give Pakistan heart after a tough start to their ICC Men's Cricket World Cup campaign.

Numbers can look harsh in black and white, but Riaz insisted there were positives to take from a seven-wicket defeat by the West Indies at Trent Bridge.

Despite posting 105, their second-lowest total in tournament history, the Pakistan bowlers showed encouraging signs in their mission impossible.

Riaz, back in the team for the first time in two years, has done the maths and insists there are reasons not to be fearful.

And he points out they were not outscored, Pakistan averaging 339 with the bat to England’s 356.

“We lost that series 4-0 but there wasn’t much between the runs we scored, I think the only difference was the fielding, we dropped too many catches at crucial moments,” he said.

“We’ve worked a lot on that because we need all departments on the form to beat England.

“We know we have to take wickets up front against England with the new ball, we know what can happen if you get (Jason) Roy or (Jonny) Bairstow out early.

“We have to be on the very top of our game to beat England, we have to have spot-on execution of our plans.

“It was disappointing to lose to the West Indies but this is just the start, we will come back from this. We just need to get into our rhythm. We will have to look at this as a practice match now.

“I think we can take some positives from the way we bowled. We just need to work on our self-confidence and self-belief. We are only looking for positives, we will come back from this.”

If Pakistan’s bowlers knew their fate, defending such a low total against a team packed with explosive batting power, they hid it well.

However, Riaz knows they need to get out of the losing habit, after being on the wrong end of heavy series defeats against England and Australia in recent months.

“It’s not a mental issue,” he added. “We have been losing in the past, we need to find a way to get out of this pattern. We’ve been playing some good cricket in the last few months but we need to click at the right time. We know where we are making the mistakes and a win against England would change everything.”

Pakistan’s top order, which has one of the lowest strike rates in world cricket, was ultimately undone by a hostile spell of short-pitched bowling from the West Indies.

“We didn’t play the short ball well but we’ve seen in past series that we can score runs against that sort of bowling,” he added. “If people want to bowl us bouncers, then we will have no problems with that.”