South Africa languish at eighth position on the World Cup points table, with three points from five matches. One win over Afghanistan, a washout with West Indies and losses to England, Bangladesh and India. 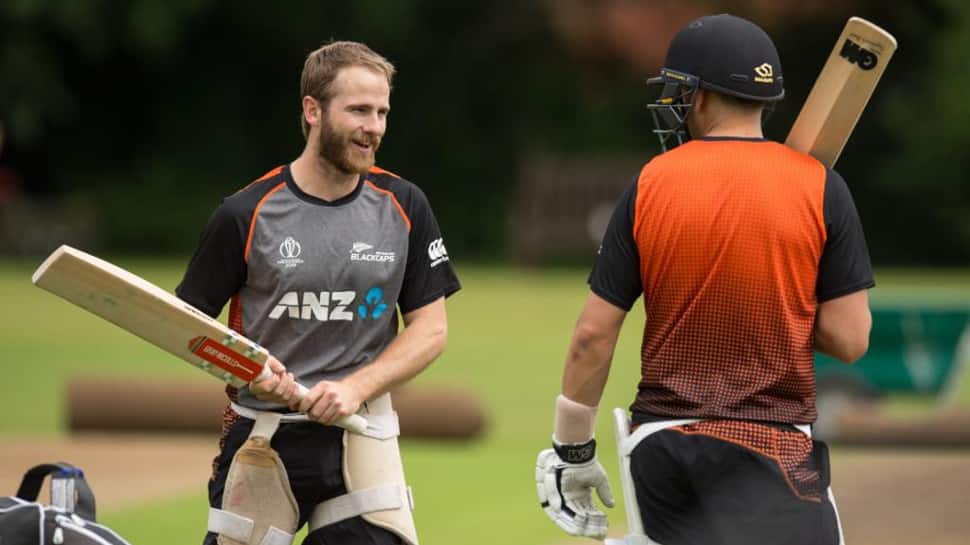 BIRMINGHAM: For the first potential ripper of a game at the ICC Cricket World Cup 2019, focus your gaze on New Zealand versus South Africa at Edgbaston on Wednesday. Why, you ask?

For one, these two teams do not do dull when it comes to the World Cup. No, really, they don’t.

The 2011 quarter-final in Dhaka. The 2015 semi-final at Eden Park. In 2003, during a league match, South Africa made 306 and lost to New Zealand in a Duckworth-Lewis effected match thanks to Stephen Fleming’s defining ODI innings.

Then there is the matter of South Africa needing to win their remaining matches to stay alive. Backs to the walls, they are in dire need of locating their radar. South Africa languish at eighth position on the World Cup points table, with three points from five matches. One win over Afghanistan, a washout with West Indies and losses to England, Bangladesh and India.

There are tasty subplots, too. The supreme skill of Imran Tahir against a New Zealand batting lineup that against Bangladesh – in a match they won by two wickets – looked like it would lose its marbles. The impending return of Lungi Ngidi, who has not played a match since June 2. The question of whether South Africa will persist with Hashim Amla.

Kane Williamson's New Zealand are unbeaten in the tournament, having beaten Sri Lanka, Bangladesh and Afghanistan and then taking one point from the washout against India. They sit at second place on the World Cup leaderboard, with seven points. A win over South Africa will put them at the top. Like Australia, New Zealand cricket teams have the ability to up their levels at World Cups. What better team than South Africa, floundering in their campaign, to try and bury?

And then, a touch of history. The last time South Africa beat New Zealand in a World Cup match was – wait for it – 20 years ago. At Edgbaston, of all places.

If the rain holds off, expect a cracker on Wednesday.

What: New Zealand vs South Africa

Weather: Some light rain is predicted during the morning, with a gentle breeze, but the afternoon is clearer. Temperatures are between nine and 17 degrees.

New Zealand may be tempted to hand Ish Sodhi his first match of the tournament, considering the nature of the Edgbaston pitch and the fact that South Africa lost five wickets to legspin in the defeat to India in Southampton.

If so, that would mean dropping Mitchell Santner, and losing a valuable lower-order hitting option.

Ngidi cleared a fitness test on Monday and is fit for selection. Beuran Hendricks look likeliest to drop out.

The square for this match wears a brownish tinge, which suggests there could be a significant turn on offer. Edgbaston last hosted an ODI during the 2017 ICC Champions Trophy. On that day, India kept Bangladesh to 264/7 and chased it in 40.1 overs for the loss of one wicket.

Head to head in World Cups, New Zealand are 5-2 against South Africa.

Amla is 118 runs shy of becoming the fourth South African batsman to 8,000 in ODIs.

“It’s a World Cup. It’s a funny place to be, I suppose. Obviously, it’s a big game for them. It’s a must win in their tournament. We’ve been playing some good cricket, so we’re not going to dive into too much of what they’ve been saying, but, yeah, the boring answer of going out there and just taking them on is probably where I’m leading.” – Trent Boult

“I think, obviously, it’s a big game for us, but in saying that, our next three or four games that we have, they’re all going to be big games anyway for us for the rest of the tournament. We’re just going to have to go out there, keep our heads steady, and play freely. Yeah, obviously, playing against New Zealand is going to be a tough competition, but I’m sure it will be a good game.” – Quinton de Kock

Mali all out for 6 in lowest Twenty-20 International score