The fond memories of 2015 came rolling back for Mitchell Starc after beginning his ICC Men’s Cricket World Cup campaign in near-identical fashion to his crowning moment. 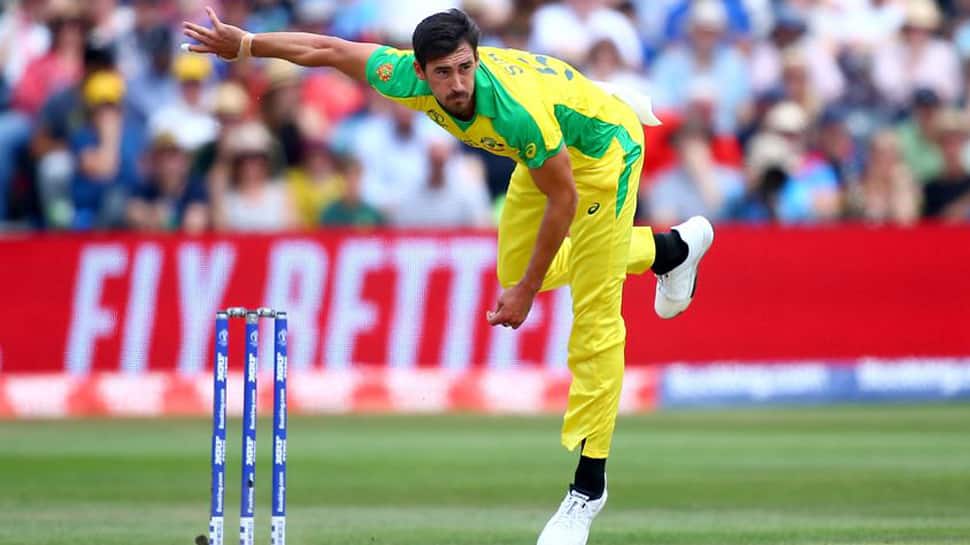 The fond memories of 2015 came rolling back for Mitchell Starc after beginning his ICC Men’s Cricket World Cup campaign in near-identical fashion to his crowning moment.

As per ICC media press release, four years ago the rangy, left-arm fast bowler immediately dented New Zealand hopes in the first over of the World Cup final when he clean-bowled Brendon McCullum for a duck, his third delivery to the dynamic Kiwi captain.

With their most destructive batsman back in the pavilion, New Zealand were unable to post a suitably-competitive total and the Australians went on to win the trophy for the fifth time.

Fast forward to the present day and Starc – who had played just three ODIs in the past 16 months – was back at it all over again.

After taking the new ball for the opening over against Afghanistan in Australia’s opening match on a still, hot day in Bristol, Starc’s opening delivery was a Yorker close to 145kmh.

Opener Mohammad Shahzad stabbed the ball in front of his feet with minimal footwork. He dealt with the second ball, also a full delivery, in similar fashion.

The third ball swung in late at pace to the right-hander, a replica of the delivery which accounted for McCullum in Melbourne, and Shahzad, whose feet this time had not moved at all, was struck on the pads and given out lbw.

After conceding only ten runs in his opening three overs, Starc was rested, returning for the 15th over, a maiden in which one of his deliveries exceeded 145km.

He bowled one further over before Aaron Finch, who switched his bowlers around constantly throughout the Afghanistan innings, took him out of the attack again and finished with 1/31 from his seven overs.

Starc took 22 wickets at 10.18 each with an economy rate of 3.50 at the 2015 tournament, earning him the player of the tournament award and joint top spot in the wicket-taker’s list, alongside fellow left-armer Trent Boult of New Zealand.

But since then he has been troubled by muscle injuries which have raised concerns in Australia, for both the World Cup and the Ashes series that follows in England.

His last one-day international was against South Africa last November and he was subsequently sidelined with a pectoral muscle injury after the end of a Test series against Sri Lanka in February, in which he took ten wickets in Canberra.

Since the 2017 Champions Trophy he had played only seven one-day internationals.

Signs that Starc was his way to a full recovery came in the second of three warmup matches against a New Zealand XI at Allan Border Field in the Brisbane suburb of Albion where he took 2/14 from five overs, dismissing Hamish Rutherford first ball, and generally impressing with his pace.

Now, after a decent workout in the sun, the 29-year-old will have four days to recover before his next challenge.

That test will come in the form of the West Indies at Trent Bridge on 5 June, a duel with Chris Gayle and co that will certainly whet the appetite on a ground where runs are usually scored for fun.

And if Starc does what Starc does best, that flow will be stemmed sooner rather than later.