UK Met Office has predicted rain could come and go through the course of the reserve day scheduled for India vs New Zealand semi-final in ICC Cricket World Cup 2019. 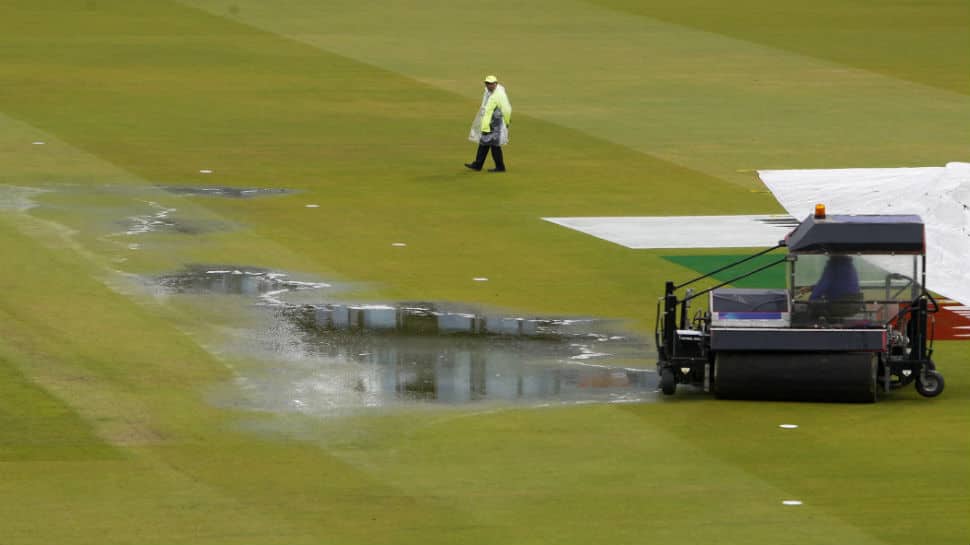 India and New Zealand have had to wait for 16 years to face off in a World Cup clash. The stakes were high and the expectations even higher on Tuesday when the two sides ended the long wait, only for incessant rain to play spoilsport in the first semi-final of ICC Cricket World Cup 2019. The clouds over Old Trafford in Manchester refused to allow play to resume and are likely to remain every bit as stubborn on Wednesday, the reserve day for the match.

New Zealand had opted to bat first in the crunch match but had struggled against a dominant bowling performance from India. At 211/5 in 46.1 overs, rain halted play and not a single ball could be bowled subsequently due to the wet conditions. While match officials and ground staff tried long and hard to ensure resumption, the fight against weather Gods was always going to be impossible to win.

Unlike in the league stage, however, the International Cricket Council (ICC) has scheduled reserve days for the two semis and the Sunday final. What this means is that all eyes would turn skywards in Manchester on Wednesday as India and New Zealand hope to resume proceedings from a day earlier. The only worry for the two teams and the countless fans the world over is the weather prediction for the day. The local Met department has a gloomy forecast for Wednesday as well and predicts rain-bearing clouds to make their presence felt once again. The day, however, could be better than Tuesday with rains possibly giving ample breaks. According to the official UK Met Office, dark clouds could open up around noon for a few hours and then move away from the city. According to private weather channel Accuweather, rains could make a start-stop presence felt through the day.

Even if it is indeed a start-stop clash on the field due to rains on Wednesday, the first semi-final of the tournament could be curtailed. A 20-20 contest may also take place with a revised target set for India. If rains are as heavy and as consistent as on Tuesday, however, ICC rules state that the team with a higher score in the league stage will move ahead. This means that if Wednesday's play is washed away too, the Men in Blue will qualify for the summit clash. As this may be far from ideal for cricketing fans around the world, fingers remain crossed for on-field action to resume and conclude as per schedule - weather permitting.

Defeats have made England stronger, says Liam Plunkett ahead of World Cup semi-final against Australia