If work ethic is good, execution will come: Bumrah on stellar performance against Bangladesh

According to Bumrah, it’s his work ethics that leads to “better” performance in matches during the ICC World Cup 2019. 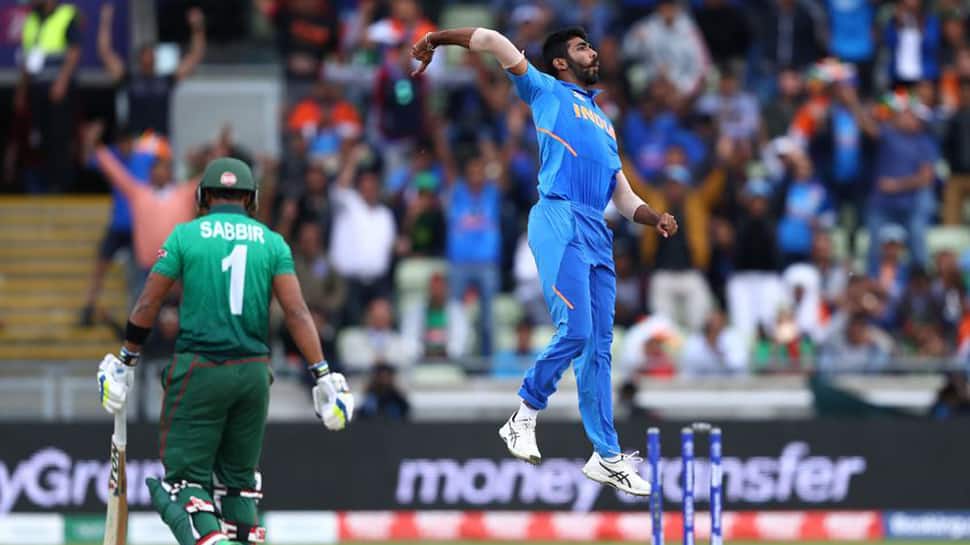 If the work ethic is good, the execution will come and that is what happened – these are the words of Indian pacer Jasprit Bumrah, who played a key role in India’s match against Bangladesh in ICC World Cup 2019. Top ranked in ODI, Bumrah managed to bag four wickets by conceding just 55 runs in the match.

Interestingly, the last three wickets claimed by Bumrah came in the last seven overs of the match, playing a decisive role in India’s 28-run win against Bangladesh. The victory also ensured a confirmed berth for India in the semi finals.

Speaking to the International Cricket Council (ICC), Bumrah said that he was able to perform in the tournament only because of dedicated practice sessions at the nets.

“There is always a lot of preparation. When I practice in the net, I practice each and every situation. Whether that is with the old ball, new ball, bowling at the death. All of that helps me when it comes to real situations,” he said.

According to Bumrah, it’s his work ethics that leads to “better” performance in matches during the ICC World Cup 2019.

Talking about the challenges ahead for team India, the pacer said that drier condition were favourable for the Men in Blue in the knockout stages. “The summer is coming now, so the wickets could get drier. It's good practice for us.”

Considering the possibility of the team management resting him for the upcoming clash against Sri Lanka, Bumrah said that since it’s his first world, he wants to play “as many games as possible”.

He said, “I don't think I've become an experienced player that I could say I don't want to play some games. I always look forward to playing, and the more number of matches you play, you enjoy more.”