Illness hits Australian camp ahead of ODI series against Pakistan

Maxwell missed training on Wednesday, two days ahead of Friday`s opener in Sharjah. 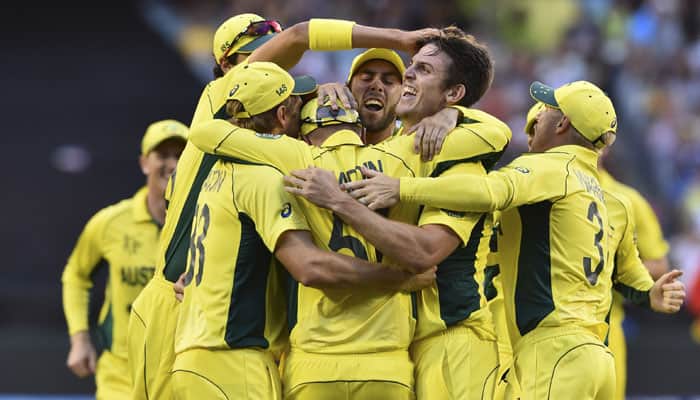 Australian all-rounder Glenn Maxwell may be rested from the first one-day international against Pakistan as the tourists recover from a stomach bug that has hit the team in the United Arab Emirates.

Maxwell missed training on Wednesday, two days ahead of Friday`s opener in Sharjah.

Spinner Nathan Lyon also missed training on Tuesday with illness but joined his teammates in their Wednesday session and has a good chance to be picked in a dual spinning assault with wrist spinner Adam Zampa.

"We even saw yesterday that the training wickets looked how we expect the middle to play. You`re never quite sure though, once there`s a bit of traffic on it they start to slow up pretty quick and spin a bit."

"I think that will be a feature, especially the two games in Sharjah."

Paceman Nathan Coulter-Nile re-joined the squad for the five-match series against Pakistan after missing the final three ODIs against India to fly home to Perth for the birth of his second child.

After trailing India 2-0, Australia won the next three games in succession against Virat Kohli`s side to claim their first series victory in the format in over two years and enjoy a timely confidence boost ahead of the World Cup.

Coulter-Nile, who is in the frame for the global showpiece event while seamers Josh Hazlewood and Mitchell Starc struggle with injuries, said there was a good mood around the camp despite fierce competition for spots in the World Cup squad.

"Everyone`s performing, that`s why we`re winning but even when someone has a bad day, they`re really supportive of other blokes who have had a good day," he said.

"It`s fantastic to see. I don`t think it`s a conscious effort that anyone makes, just think it`s good mates supporting each other."

"I don`t think anybody goes out there thinking, `I`m not going to worry about selection`. It`s just the way everyone is, they`re all just good people."