Earlier this week, Dev also posted a video of him playing golf with his friends after more than 20 days of the surgery. 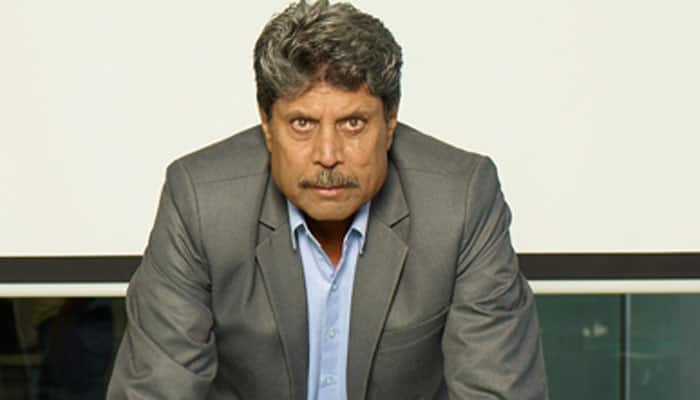 More than three weeks after undergoing a successful angioplasty, legendary cricketer and former Indian captain Kapil Dev on Friday informed that he is absolutely fine now and that his 'heart is working good'.

Taking to his official Twitter handle, the 61-year-old shared a video in which he extended greetings to everyone on the auspicious occasion of Dipawali before revealing that he is healthy and his heart is fine.

Earlier this week, Dev also posted a video of him playing golf with his friends at the Delhi Golf Club.

The country's first World Cup-winning captain expressed his happiness to return to the golf course after more than 20 days of the surgery.

Good to be back on the Golf Course .... pic.twitter.com/M3V6D7KEoF

On October 23, Dev suffered a massive heart attack following which he was immediately rushed to the Fortis Escort Hospital in Delhi. The legendary cricketer underwent angioplasty and said to be in a stable condition.

The former Indian cricketer made his international debut for the country in 1978 during a One-Day International (ODI) match against arch-rivals Pakistan at Ayub National Stadium. His Test debut came in the same month against the same oppositions at Iqbal Stadium in Faisalabad, Pakistan.

Such was Kapil's prowess with both bat and ball that the 'Haryana Hurricane' scored eight centuries and 27 half-centuries in Test cricket besides taking over 400 wickets. He had also broken Richard Hadlee's Test record of 431 wickets.

In 1983, Dev led from the front to guide his national side to a 43-run victory over the mighty West Indies at Lord's and to India's maiden International Cricket Council (ICC) World Cup trophy. During the final clash, Dev took a running catch to dismiss the dangerous Vivian Richards off Madan Lal's delivery which changed the situation of the match .

It's a matter of great honour for us, says BCCI chief Sourav Ganguly as countdown for ICC T20 World Cup 2021 begins