Imad Wasim: Man of the Match in Pakistan vs Afghanistan World Cup 2019 tie

Overall, Imad has appeared in a total of 51 One-Day Internationals (ODIs) for Pakistan, amassing 897 runs besides taking 41 wickets in it. 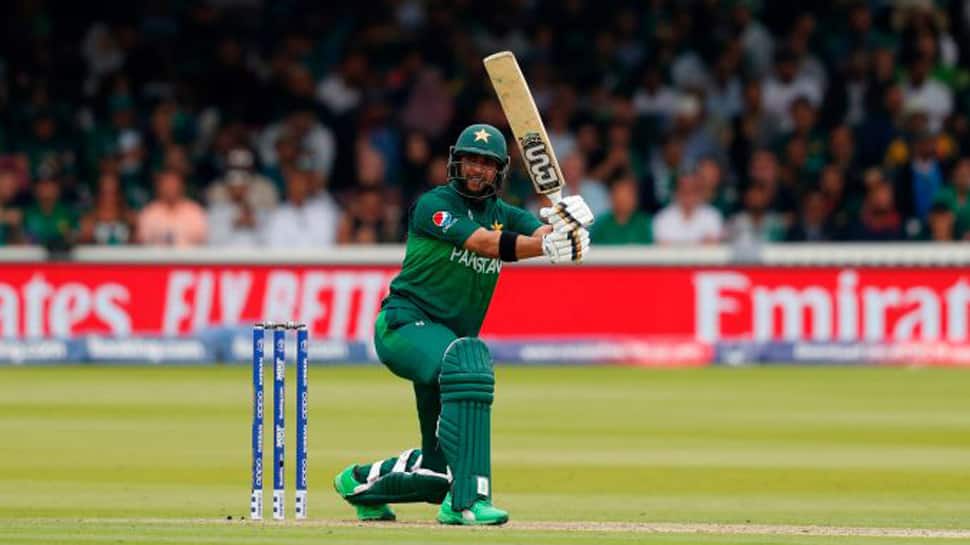 Imad Wasim was on Saturday declared Man of the Match after he shone with both bat and ball to help Pakistan seal an epic three-wicket victory over Afghanistan and keep their semi-final hopes alive in the 2019 International Cricket Council (ICC) World Cup at the Headingley Carnegie in Leeds.

Chasing a target of 228 runs to win, Wasim smashed a crucial unbeaten knock of 49 runs off 54 balls to help Pakistan cross the mark with a boundary on the fourth delivery of the very last over. En route to his knock, he also shared a half-century stand with Shadab Khan (11).

Babar Azam was the other notable scorer for the Sarfraz Ahmed-led side with a 51-ball 45.

Not only this, Imad also finished with the figures of two for 48 after Afghanistan won the toss and asked Pakistan to bowl first. Shaheen Shah Afridi bagged a four-wicket haul as the Gulbadin Naib-led side were restricted to a score of 227 for nine in their stipulated 50 overs.

Picking up his Player of the Match award, Imad revealed that he found it difficult to bat against Rashid during the chase while adding that Gulbadin was the only bowler against whom he managed to pick some easy runs.

"When I went in, Rashid Khan was bowling brilliantly. I couldn't pick him to be honest. But we knew that if we play 50 overs, we'll win. Gulbadin was the only bowler to be targetted, the wicket was turning square. If you take risks against them you can lose your wicket. Thank you very much to the crowd, it feels like home here. This is for the crowd. If we win the next game, you never know what happens. This win gives us confidence as well," ESPNcricinfo quoted Imad as saying.

Overall, Imad has appeared in a total of 51 One-Day Internationals (ODIs) for Pakistan, amassing 897 runs besides taking 41 wickets in it.