Overall, Tahir has bagged a total of 10 wickets in five matches he has played so far for South Africa in the ongoing tournament. 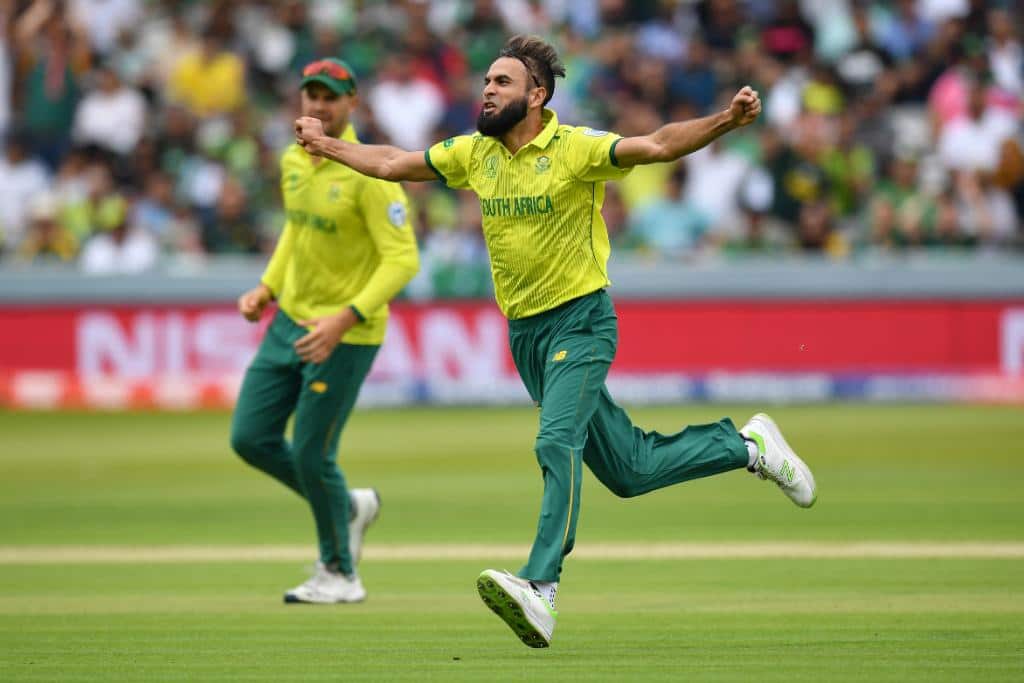 South African spinner Imran Tahir on Sunday added yet another feather on his already illustrious cap by becoming the country's leading wicket-taker in the International Cricket Council (ICC) World Cup.

The 40-year-old achieved the feat during South Africa's seventh match of the 2019 edition of the quadrennial event against Pakistan at the Lord's in London.

Tahir, who was just two wickets short of the world record, first removed Pakistan opener Fakhar Zaman for 44 in the 15th over before he caught Imam-ul-Haq (44) with a one-handed stunner off his own delivery to bag his 39th wicket in 20 World Cup games he has played so far.

Tahir's second wicket saw him surpass Allan Donald's record of 38 wickets in 25 matches to become the most successful bowler for South Africa in the history of the World Cup.

His two wickets so far today have taken him to 39 across editions, one more than Allan Donald's 38

Like always, the South African pacer celebrated his achievement by running around the ground with arms out as if he was flying.

Overall, Tahir has bagged a total of 10 wickets in five matches he has played so far for South Africa in the ongoing tournament.