Virender Sehwag also said that Rohit Sharma draws crowd to the stadium and being a fan he too would switch off his TV if the right-handed batsman is missing from the line-up. 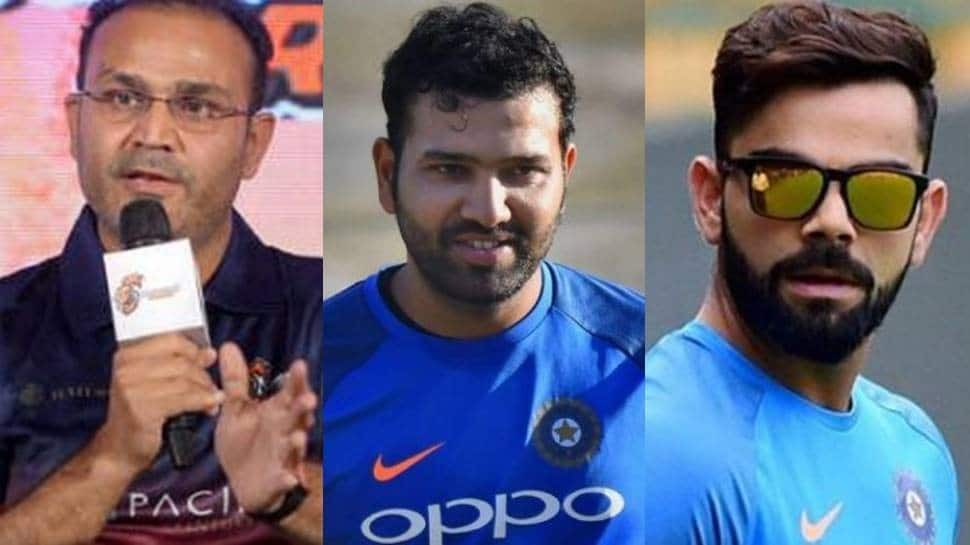 Former India opener Virender Sehwag minced no words as he expressed disappointment over Virat Kohli's decision to leave out Rohit Sharma from the playing XI of the first T20I against England in Ahmedabad. Questioning the Indian skipper's decision, where he said that Rohit was rested for a "couple of matches", Sehwag wondered will the team management stick to the decision if the team lose matches.

"Virat Kohli said that Rohit Sharma will not play a couple of matches, but if India keep losing games will the team still stick with the same stratergy. A defeat brings in a lot of changes in a team, if I would have been the captain then I would have fielded the best playing XI," Sehwag said during a virtual interaction on Cricbuzz live.

Further contemplating over the Indian opener's exclusion from the playing XI, Sehwag said that Rohit draws crowd to the stadium and being a fan he too would switch off his TV if the right-handed batsman is missing from the line-up.

"The crowd come to the stadium to watch players like Rohit Sharma play and that also include me. If Rohit is not playing then my tv will mostly remain off," Sehwag said.

Audition for opening combination for the T20 World Cup

"This team have options and I feel in World Cup the best six batsmen should play and out of which the top three should be KL Rahul, Shikhar Dhawan, and Rohit Sharma. If we consider this then we might have to exclude Shreyas Iyer from the list," Sehwag said.