The opening batter scored an unbeaten 120 while Wriddhiman Saha hit 25 before the close of play. 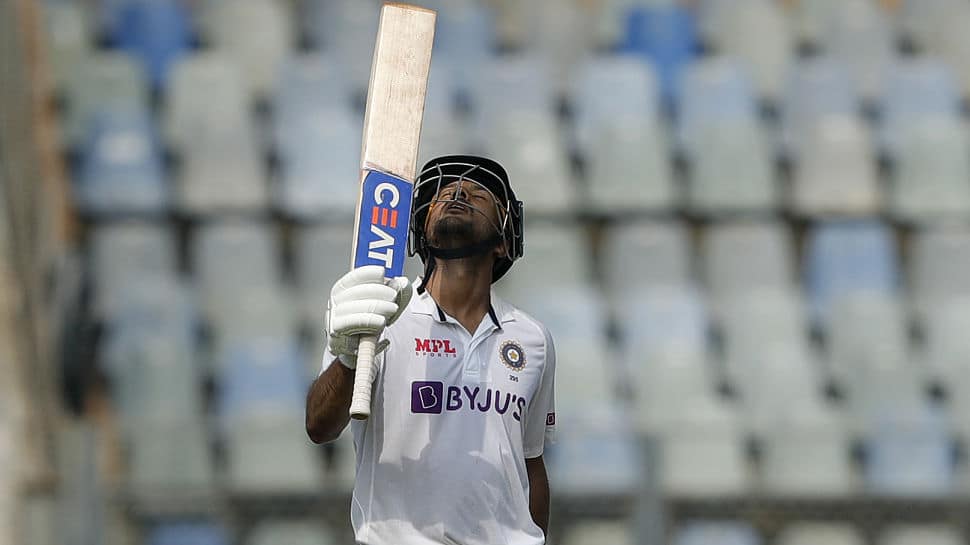 Mumbai: Indian opener Mayank Agarwal on Friday explained how he acted on the advice of former skipper Sunil Gavaskar to improve his side-on stance during the second Test against New Zealand.Mayank scored his fourth Test ton as India ended day one of the second and final Test at 221/4 on Friday.

The opening batter scored an unbeaten 120 while Wriddhiman Saha hit 25 before the close of play.

"Sunny sir (Gavaskar ) told me that I should keep my bat a bit low initially in my innings. I couldn`t make that adjustment in this short period of time but definitely, when he was saying that, I looked at his shoulder position and basically picked up that I need to be more side-on," said Mayank during the press conference after the end of the day`s play.

Mayank also revealed that head coach Rahul Dravid had asked the batter to give his best on the field.

"When I was picked here, Rahul bhai came and spoke to me. He asked me to control what is in my hands and said, `go out there and give it your best and that`s all we ask from you`. `When you get set, make it big`. I am happy to have capitalised on the start but that was very clear from Rahul bhai," said Mayank.

What does it mean to score a ton in whites? _@mayankcricket expresses his run of emotions to @prasidh43 after his gritty century on Day 1 of the 2nd @Paytm #INDvNZ Test at Wankhede. _ _ - By @28anand

Resuming from 111/3 after tea, Mayank and Shreyas Iyer steadily carried on from where they had left after the fall of three quick wickets.

Ajaz Patel once again put break as he dismissed the middle order batter in the 48th over.

Despite losing partners at the other end Mayank looked solid and kept the scoreboard moving and capitalized on the poor deliveries that came his way as India scored 221/4 on day one of the second Test.

Mayank said India`s focus will be on batting well in the first session on Saturday to pile further misery on New Zealand in the second Test.

"It's gonna be very important how we start tomorrow morning, the first session will be crucial. And the focus is on batting well in the first session and then we can pile as many runs as we want. The wicket is going to get harder and harder to bat on," said Mayank while replying to a query from ANI.

The opening batter said he work hard when he was ruled out of the Test series against England."It was unfortunate for me to not have played in England, I got hit and there`s nothing much I could do about that. I accepted it and continued to work hard and work on my process and my game," Mayank signed off.