The Men in Blue are expected to retain the same XI that won the opening T20I by six wickets. 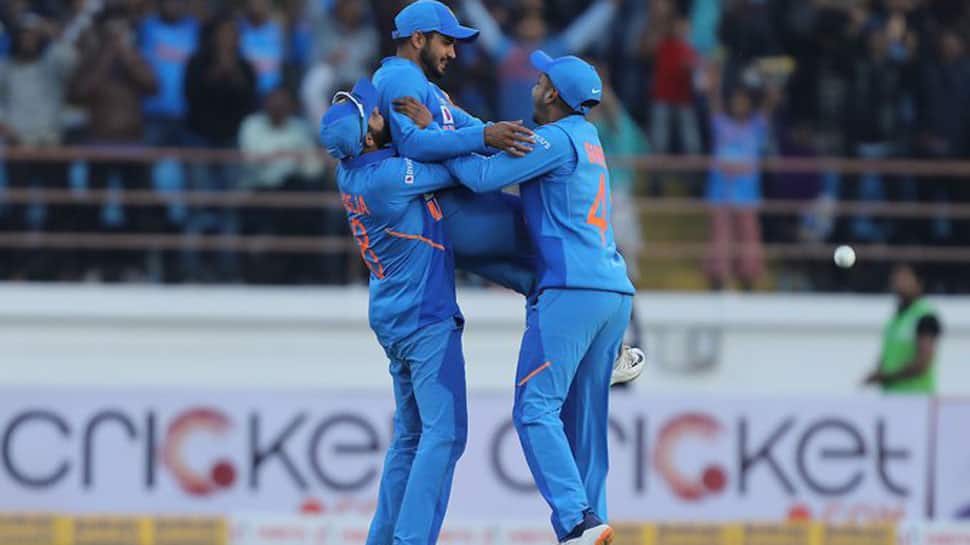 Auckland: After securing a thumping six-wicket victory in the first T20I, Team India will look to continue with their winning run and extend the lead when they take on New Zealand in the second match of the ongoing five-match series at the Eden Park on Sunday.

Virat Kohli's men have won seven out of their last eight T20Is, and four on the trot. And another win in Auckland would present them a great chance to win the series -- something which they haven't been able to achieve in their previous two attempts in New Zealand.

India claimed the opening fixture, thanks to a solid batting performance while chasing a stiff 204-run target. K.L. Rahul, Virat Kohli and Shreyas Iyer were all among the runs, as the visitors went across the line with an over to spare. Iyer, in particular, was in excellent touch, slamming an unbeaten 58 with a strike rate of 200 and bagged his first Player of the Match award.

In fact, batsmen from both sides had a great game on Friday. As many as five fifties were scored in the match and thus on Sunday, it'll be the bowlers who'll play a decisive role at a venue which has produced high-scoring games with short boundaries.

Indian pace spearhead Jasprit Bumrah had twisted his ankle in his final over on Friday and received on-field treatment immediately. However, he was able to bowl out the remaining four deliveries, which are positive signs for the visitors and they would hope that he bowls with his full-throttle to cause discomfort for the hosts.

The Men in Blue are expected to retain the same XI unless they are forced to make a change.

Black Caps, on the other hand, might look to make in some changes, especially to their bowling department which appeared to lack potency in the first game. Their batters, Colin Munro, Kane Williamson, Ross Taylor all scored runs which is a good sign for the hosts. However, it is their bowling unit that has to step up and pick wickets at crucial junctures of the game, something which Williamson himself pointed out after the first game.

In the absence of the injured duo of Trent Boult and Lockie Ferguson, the spotlight will be on Tim Southee, who wasn't quite at his best as he went wicketless in his four-over spell and conceded 48 runs.

All in all, another high-scoring game will be up for cards on Sunday with bowlers expected to make the difference between the two sides.