The Men in Blue would be brimming with confidence following their emphatic performance in their last tour to the Caribbean Islands. 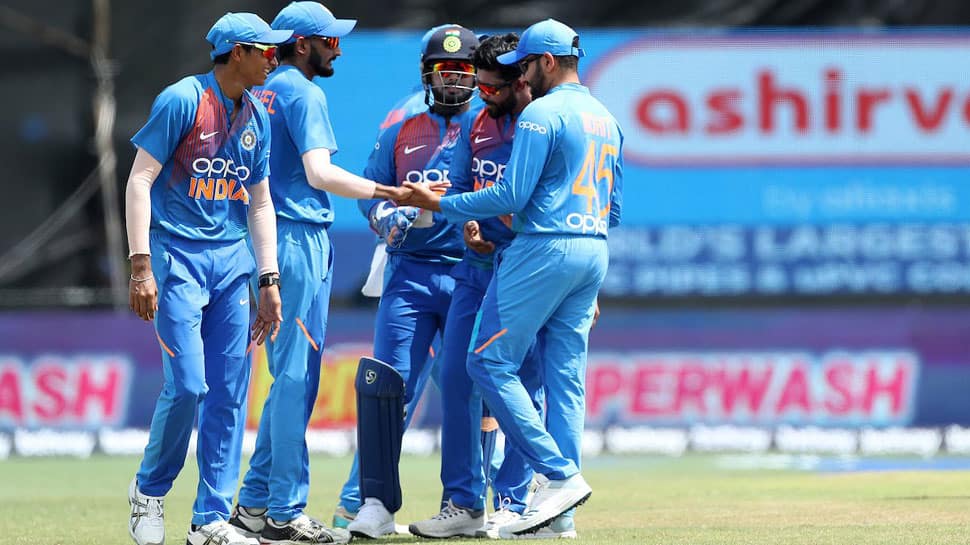 Dharamsala: After dominating in all the three formats against the West Indies, Team India are now back at their den and will aim to further their preparations for next year`s World T20 when they take on South Africa in the first T20I of the three-match series at the picturesque HPCA Stadium here on Sunday.

The Men in Blue would be brimming with confidence following their emphatic performance in their last tour to the Caribbean Islands. India were absolutely ruthless against the West Indies, with only rain denying them a clean sweep of the Test, ODI and T20 series contested between the two nations.

Even though a number of leading figures were rested, India cruised to a 3-0 series win in the T20Is and left behind the disappointment of the World Cup where they had to face a heart-wrenching defeat to New Zealand in the semi-finals. While Rohit Sharma and Virat Kohli were in among the runs against the Carlos Brathwaite-led side, debutant Navdeep Saini had starred with the ball alongside experienced Bhuvneshwar Kumar.

Star all-rounder Hardik Pandya is back in the squad after he was rested for the complete Windies tour and is a certainty to feature in the playing XI against the South Africans.

On the other hand, a young Proteas side led by Quinton de Kock, will look to leave behind their dismal performance in England in the World Cup and will look to come up with a new hope.

There are three new faces in the form of Temba Bavuma, Bjorn Fortuin and Anrich Nortje in the South Africa squad who would be eager to perform at the big stage.

Veteran all-rounder Chris Morris was not considered for selection, while the trio Aiden Markram, Theunis de Bruyn and Lungi Ngidi was also overlooked. In Kagiso Rabada, they have a bowler who can wreck havoc to any batting unit and turn the game on its head.

However, despite the lack of experience, they are expected to pose a greater challenge to India than the West Indies did last month.

The last time these two teams faced each other in the shortest format of the game was in 2018 when India had beaten the Proteas 2-1 in the three-match series played in South Africa.

One of the things that might play a spoilsport on Sunday is the weather as rains and thunderstorms are predicted on the match-day.