India won the series against West Indies 2-0 and along the way, Kohli became the most successful Test captain.. India will take on South Africa in the first Test, slated to begin from October 2. 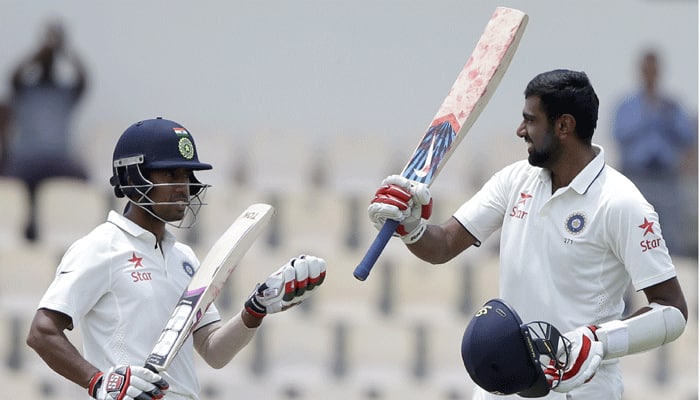 Visakhapatnam: Wriddhiman Saha and Ravichandran Ashwin have been included in the playing XI for the first Test of the three-match series against South Africa.

Board of Control for Cricket in India (BCCI) announced the playing XI of the Indian team one day before the start of the first Test match.

Ahead of the first Test, in the pre-match conference, Kohli announced that it was hard to ignore Saha looking at his wicket-keeping credentials.

Pant was criticised in the recently concluded T20I series after getting dismissed in similar fashion in both second and third T20Is.

Saha did not play in the series against West Indies as Pant was played in both Test matches in the Caribbean."Saha is fit and fine to go. He is going to start for us in the series. His keeping credentials are there for everyone to see. He has played for us whenever he has gotten the chance. According to me, he is the best keeper in the world. In these conditions, what he has done for us in the past, he will definitely start for us," Kohli told reporters at Vizag.

"We thought Rishabh did well in whatever opportunities that were provided to him. It was fair to give Rishabh the due opportunities, we felt Saha was coming back from injury so we eased him in. It is important to understand when to bring in a player and when to give him time," he added.

"Yes, Ashwin will start. Ashwin and Jadeja both will start here. We felt Jaddu was in a different zone when it comes to overseas Tests so that is why he started in Windies. Whenever the condition requires us to go in with two spinners, Ashwin will always be a starter," Kohli said.

India won the series against West Indies 2-0 and along the way, Kohli became the most successful Test captain. Kohli had 27 wins to his credit before the second Test against Windies at Jamaica, but with the win, Kohli took his tally to 28 wins in the longest format of the game.

He now has 28 wins from 48 matches as Test skipper. MS Dhoni had scripted 27 Test wins from 60 matches.

Kohli said that the credit has to go the entire side for laying down a vision. He also emphasized on the importance of WTC.

"The credit has to go to the team because we laid down a vision in 2015 that we are going to be flexible. We wanted results, wanted to be the top team in the world. I think that guys have bought into it, there has been trust in the dressing room. The work has been done, but we have a Test Championship now so we cannot let down our guard," Kohli said. India will take on South Africa in the first Test, slated to begin from October 2.

Wriddhiman Saha is going to start for us in series against South Africa, says Virat Kohli