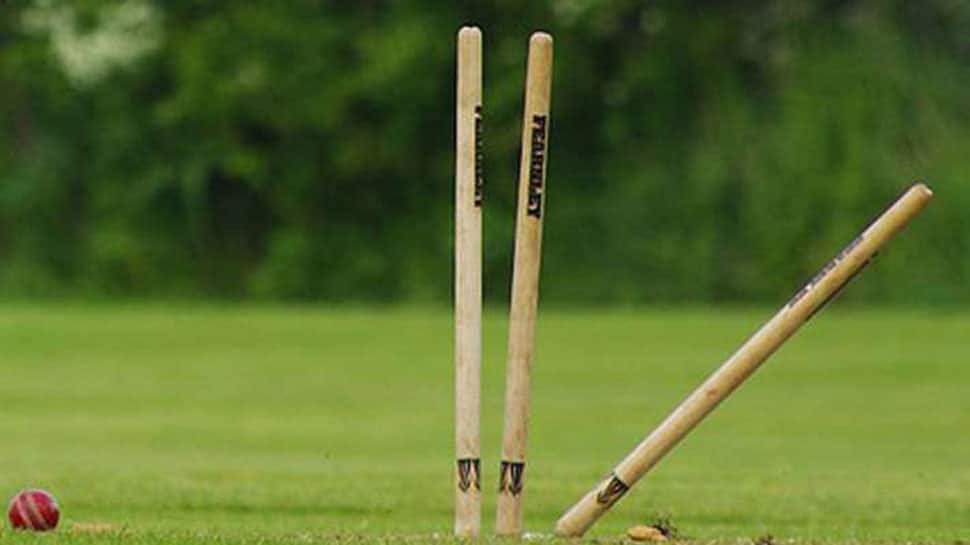 India Under-19 'B' team outclassed India Under-19 'A' by 72 runs in the final to win the quadrangular ODI tournament in Thiruvananthapuram on Monday.

Arya Sethi went for a duck in the third over, nicking one to keeper Dhruv Chand Jurel off Akash Singh, leaving India 'B' at 5 for 1.

Lavande fell to Kartik Tyagi (3 for 33) after adding 43 runs with the captain.

Chandrol and Rizvi were involved in a 99-run partnership for the fourth wicket as India 'B' worked their way back into the match.

India 'B' was restricted to 232 as the last six wickets fell in the space of 33 runs.

In reply, India 'A' lost wickets at regular intervals as Sushant Mishra dealt early blows and was in danger of losing by a huge margin, tottering at 97 for 7 at one stage.

Only Skipper Shubhang Hegde showed some resistance, making 42 from 60 balls (2X4, 2X6) before he was the last man dismissed by leggie Prayas Ray Barman.

In the third-place match, South Africa under-19 crushed Afghanistan by 55 runs thanks to captain Matthew Montgomery's knock of 73 and Kgaudise Molefe's four-wicket haul.