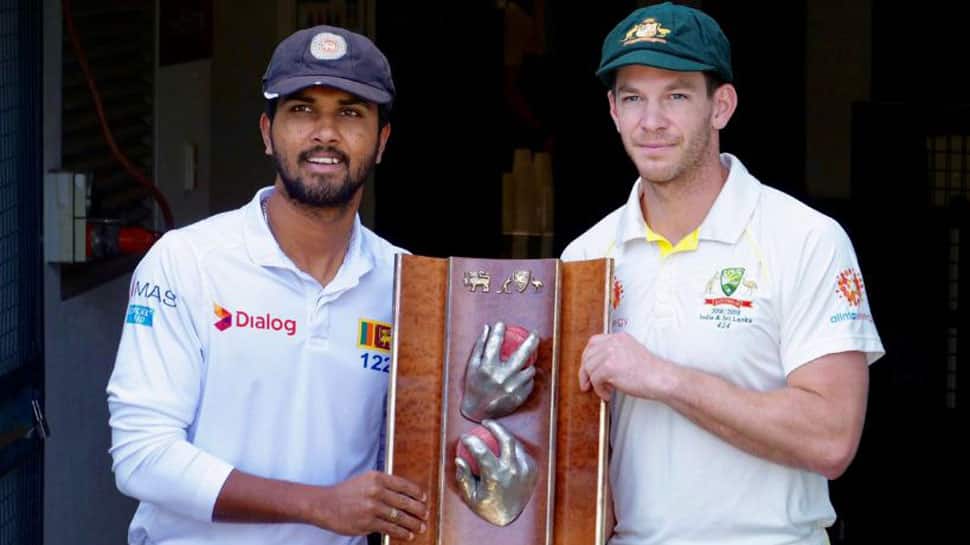 Sri Lanka, inspired by India's recent breakthrough triumph, will be dreaming of their own maiden test victory in Australia this week when their two-match series gets underway in Brisbane on Thursday.

Captain Dinesh Chandimal confirmed the Sri Lankans closely followed how India got the better of an Australia side missing top batsmen Steve Smith and David Warner through ball-tampering suspensions.

Sri Lanka have personnel issues of their own with all-rounder Angelo Mathews and paceman Nuwan Pradeep missing through injuries but Chandimal was confident they could emulate their neighbours Down Under.

"India played some outstanding cricket throughout the series," said Chandimal who was particularly impressed how India's Cheteshwar Pujara wore down the Australian attack.

He further said, "One of my dreams is to win a test match here, as a captain and as a player. But that's not an easy thing. It needs a lot of hard work. Hundred percent is not enough, you have to give 200 percent and that has to come from all 11 players. It's really a good opportunity to make history and we want to do that."

Since 1988, Sri Lanka have played 13 tests in Australia, managing two draws while succumbing to defeat in others.

Even in Mathews' absence, Chandimal's team have a decent batting unit with Dimuth Karunaratne and Kusal Mendis sharing their scoring responsibility with their captain.

They are likely to miss Pradeep but Lahiru Kumara's lively pace and Dilruwan Perera's off-spin will keep alive their hopes of winning a test match in Australia.

Smarting from the loss to India, Australia have been further pegged back by a back injury to Josh Hazlewood which will keep the paceman out of the series.

The hosts have named debutants Kurtis Patterson and Jhye Richardson in the playing XI for the match.

Paine could take heart from the fact that Australia have not lost a test at Gabba since 1988 and the home captain hinted at a bouncer barrage in the pink-ball contest under lights to stretch that streak.

"It looks like it's got a little bit of grass on it, so hopefully there's plenty of bounce and it's good to watch."

Canberra hosts the second and final test for the Warne-Muralitharan trophy from February 1.