The stage is set for an egerly-awaited clash between arch-rivals India and Pakistan as the two teams meet in an Asia Cup 2018 match at the Dubai International Cricket Stadium. 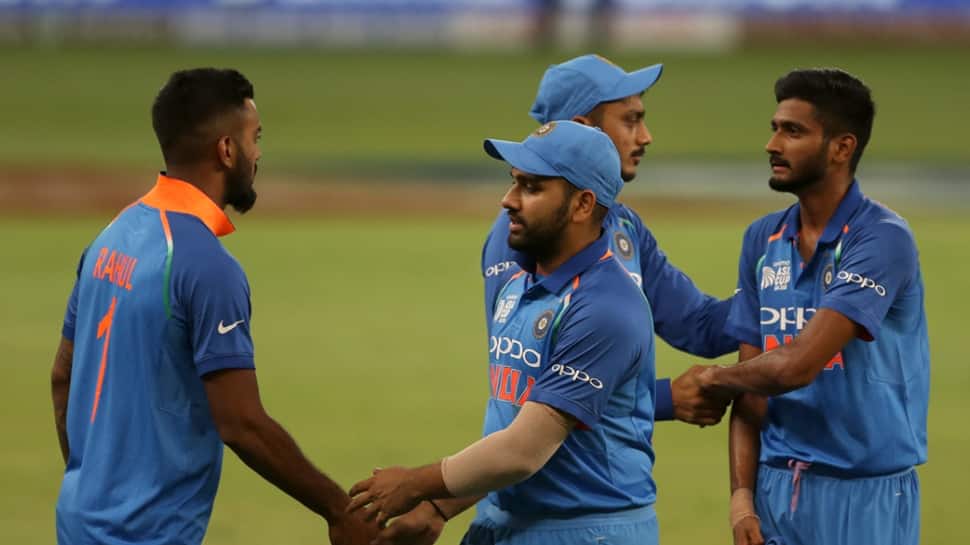 The stage is set for an eagerly-awaited clash between arch-rivals India and Pakistan as the two teams meet in an Asia Cup 2018 match at the Dubai International Cricket Stadium on Wednesday. The teams will play against each other after a gap of almost 15 months. They last played in the ICC Champions Trophy final in 2017, where Pakistan had outplayed India.

India and Pakistan have till now played 12 matches against each other in Asia Cup, of which the former has won six. Pakistan managed to win five matches while one ended without a result.

In the One Day International (ODI) format of the game, the arch-rivals have played a total of 129 matches against each other. Pakistan lead the tally with victory in 73 matches while India have emerged victorious in 52 matches.

Ahead of the clash, Pakistan skipper Sarfraz Ahmed said that there was certainly additional pressure due to the high-octane match but that would not affect how his team will approach the tie.

"There's always pressure in India-Pakistan games. We've told our players, not just this game, consider every match as an India-Pakistan game if you want to win the event. There's pressure, but we're trying to not let it affect us, and perform well," Sarfraz said in the pre-match press conference.

"As players, we take India-Pakistan match very normally, but when the match comes up, the sort of hype that's created - TV channels discuss it, there are small programmes on social media so the hype has an impact...But the players are told that whenever there's an India-Pakistan match, you will try and play like you play any other game," he added.

Sarfraz also dismissed the cliches surrounding the battle between Indian batting and Pakistan's bowling, saying he hoped it will be a good contest. "A lot of people say this game is between Pakistan's bowling and India's batting. But I don't believe that."

Indian captain Rohit Sharma, who is leading the team after regular skipper Virat Kohli was rested, also echoed similar views. “It’s always exciting to play Pakistan, but this tournament is not about one match alone,” he said.

Pakistan Prime Minister Imran Khan is also expected to watch the match in the stadium.

India on Tuesday registered a hard-fought 26-run win over Hong Kong in its Asia Cup opener. Pakistan had an easy outing against Hong Kong, beating the minnows by eight wickets.