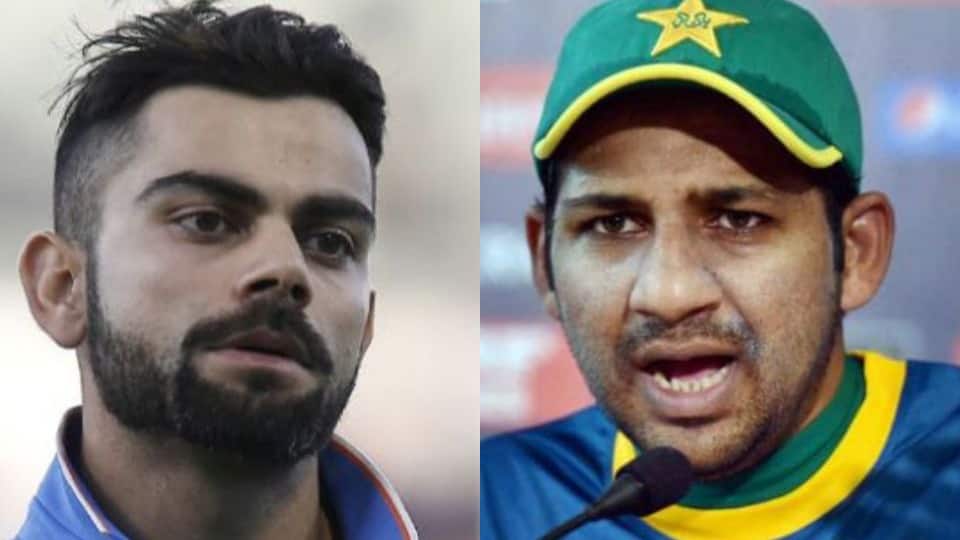 MANCHESTER: Keep aside the Political tensions, cringe-worthy advertising and snarky Father’s Day remarks. It’s time for the big one. The one whose tickets sold off quicker than hot cakes. India vs Pakistan. In a World Cup. The marquee clash which once seemed under the threat of being boycotted due to unrest either side of the border will take place after all on Sunday at the Old Trafford, marking the seventh time these two sides clash in a World Cup.

It’s slightly concerning that Pakistan have never beaten India in their previous six meetings. But that Pakistan are languishing at the bottom-half of the table with a run-rate in negative is more alarming. They lost comprehensively to West Indies, showed tremendous revival against England to break a dreaded 11-match losing streak, endured a washout against Sri Lanka and lost the plot against Australia. Pakistan’s pattern so far seems to be erratic, but does that take away their ability to break the World Cup jinx against India?

To those who feel no, remember what happened the last time India and Pakistan faced each other in England two years ago. Ouch. And besides, Mohammad Amir is coming off a five-wicket haul against Australia.

Pakistan can overturn the Indian hegemony of the last six Indian World Cup victories. Like India, the core of their batting is the top three – Imam Ul Haq, Fakhar Zaman and Babar Azam – while the rest of it looks shaky. They’ve struggled to get their Playing XI right, and even if they haven’t, the batting order has been a muddle. You have Shoaib Malik, known to play the sheet anchor role, coming in at No.7. They played four fast bowlers with a view to exploit the moisture and it backfired. To top it, there were three catches put down amid other misfields.

That however, doesn’t rule out the possibility of a Pakistan win. There is always great poetry that Pakistan inspire in terms of tragedies and triumph.

Though their opponents, India, talked about highly despite their washout against New Zealand, have no such issues to address. Their batting line-up looks sorted even in the absence of Shikhar Dhawan, they are one of the best fielding attacks in the world, and their bowling… well, nothing we can add that already hasn’t been said.

A look across the faces of the Indian players and you knew they wanted to get out there and play on Thursday at Trent Bridge. Guess that’s what they call the need to sustain a winning momentum. India have beaten two competitive and feisty teams in South Africa and Australia to get their campaign off to two straight wins and remain one of the only two unbeaten teams in the tournament so far.

The Indian team underwent an intense practice session, lasting over three hours, in which all their top-order batsmen had a go in the nets. Virat Kohli, Rohit Sharma, KL Rahul, MS Dhoni, Vijay Shankar and Kedar Jadhav spent approximately 40-odd minutes each. Each batsman knocked the ball on three separate nets, one each for pacers, spinners and throwdowns, making up for their limited knocking in the previous rain-affected game against New Zealand.

Speaking of which, will the rain gods have their say? Well, yes and no. Despite a brief spell of shower Friday evening, it did not rain on Saturday, while the sun played hide and seek. Sunday’s forecast is that of a bit of a shower but it is unlikely to affect the game.

It was almost a certainty for Shankar to make his World Cup debut against New Zealand. His wait is likely to end Sunday, after the batsman batted extensively and was seen getting a word of advice from batting coach Sanjay Bangar. Dinesh Karthik is another option but considering he was the last recognised batsman to pad up, his chances dim. The surface isn’t green, nor dry. It is your typical English wicket with a decent number of runs expected. Win the toss and bat first because when it’s India-Pakistan, there’s always an extra 20 runs to chase down mentally.

With a four-pronged pace attack, Pakistan relied on the part-time spinners Mohammad Hafeez and Shoaib Malik, who combined to give away 86 runs in 11 overs. The legspinner Shadab Khan seems looks like an addition ahead of Shaheen Shah Afridi.

– Virat Kohli scored a century against Pakistan in the last World Cup, his 107 guiding India to 300/7

“Not here to create TRPs. Important to respect a bowler’s skillset. But you have to believe in your abilities. I only pay attention to the ball coming out of the bowler’s hand” – Virat Kohli on his rivalry with Mohammad Amir

“These boys are fully capable. I’ve told them, and they know, that they can be heroes on Sunday in a big-match game against India.” – Pakistan coach Mickey Arthur on the pressure surrounding India-Pakistan in a World Cup