In the second warm-up match, Rahul and MS Dhoni both scored a century as they played a knock of 108 and 113 runs respectively. 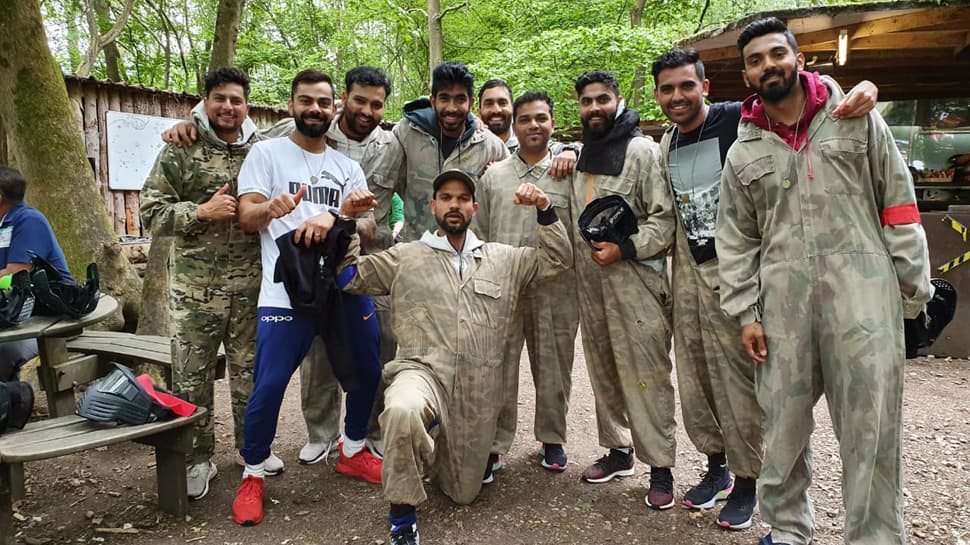 Ahead of the first ICC Men`s Cricket World Cup clash against South Africa which is scheduled to be played on June 5, India team went out to play a game of paintball on Friday.

India skipper Virat Kohli took to Twitter and posted a picture which featured KL Rahul, Rohit Sharma and many others. All the players looked cheerful and this can be backed if we look at the caption that Kohli gave to the picture.

Kohli wrote, "Fun times with the boys."After facing a six-wicket defeat from New Zealand in the first warm-up match, India gained confidence after they registered a 95-run victory over Bangladesh in their second warm-up match.

In the second warm-up match, Rahul and MS Dhoni both scored a century as they played a knock of 108 and 113 runs respectively.

In the bowling department also, India played reasonably well as Kuldeep Yadav took three wickets in the second warm-up match while Jasprit Bumrah got hold of two Bangladesh batsmen.South Africa already faced a defeat at the hands of the hosts England in the opening match of the World Cup and will be aiming to turn things around.

Therefore, it will be interesting to see whether South Africa will manage to make a comeback or not. However, India is entering in the tournament with a favourite tag on their shoulder and the match is expected to witness a neck to neck competition.

The match between India and South Africa will be played at The Rose Bowl stadium on June 5.