Along with the original squad, the selectors also picked travelling reserves who will go to the UAE alongside the 15-member squad as per COVID-19 protocols. 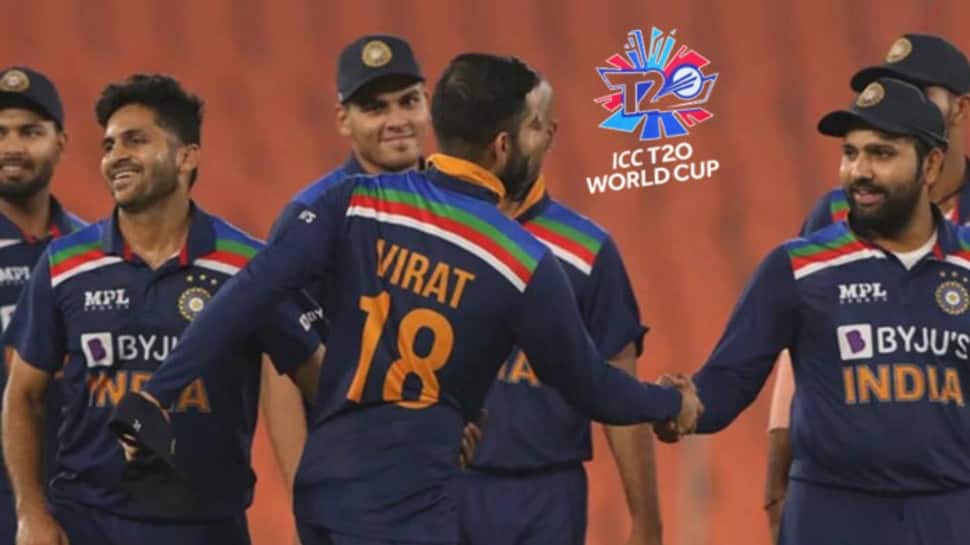 The Board of Control for Cricket in India (BCCI) on Wednesday (September 8) announced the Team India squad for the upcoming ICC T20 World Cup 2021 in UAE. The announcement was made by BCCI secretary Jay Shah and selection committee chairman Chetan Sharma.

In a surprise move, R Ashwin has been included in the team which will begin its campaign in the showpiece event against arch-rivals Pakistan. He had last played a T20I against West Indies in July 2017. Shikhar Dhawan and Yuzvendra Chahal miss out as former India skipper MS Dhoni will be the mentor of the team.

Meanwhile, along with the original squad, the selectors also picked travelling reserves who will go to the UAE alongside the 15-member squad as per COVID-19 protocols.

Notably, India have been placed in Group 2 of the T20 World Cup alongside Pakistan, New Zealand, Afghanistan, and two qualifiers.

The Virat Kohli-led team will start their campaign in a blockbuster clash with Pakistan on October 24. India will play all but one of their four matches at the Dubai International Cricket Stadium. They will take on Afghanistan in Abu Dhabi's Sheikh Zayed Stadium.

India vs England 5th Test: Jos Buttler will be back as vice-captain and keep wickets, confirms Joe Root