Dravid – who has been coaching and mentoring the U-19 and the A-side – is no stranger to the job. Players like Rishabh Pant and Prithvi Shaw have all been mentored and coached by Dravid. Dravid has been responsible for providing the senior team with talented cricketers over the years. 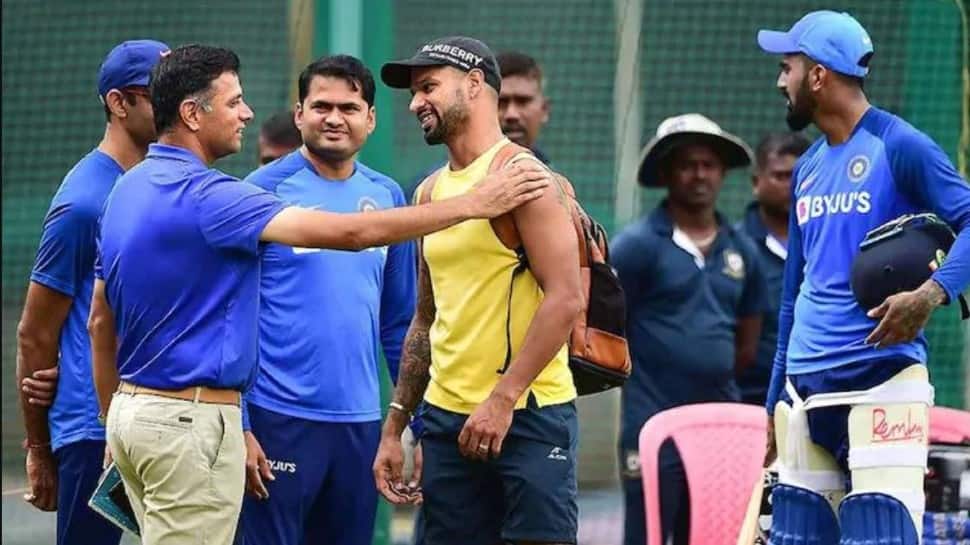 While Team India gears up for the upcoming Test series and WTC final in England, the second-string Indian team is preparing to tour Sri Lanka in July and as per reports, former India stalwart Rahul Dravid could in all possibility become the coach of the team.

As per a report in Cricbuzz, there are high possibilities that Dravid along with his staff at the National Cricket Academy will company the Indian team on their Sri Lanka tour. There is no confirmation on this, but it surely is on the cards with the Virat Kohli-led side in the United Kingdom.

Earlier, BCCI president Sourav Ganguly confirmed, “We have planned a white ball series for the senior men’s team during the month of July where they will play T20 Internationals and ODIs in Sri Lanka. Yes, it will be a team of white-ball specialists. It will be a different team.”

It is likely that head coach Ravi Shastri, bowling coach Bharat Arun as well as batting coach Vikram Rathour will not be able to assist the players on the tour of Sri Lanka.

The Kohli-led side would be in the UK for the inaugural ICC World Test Championship final which will be followed by a five-match Test series against England.

Dravid – who has been coaching and mentoring the U-19 and the A-side – is no stranger to the job. Players like Rishabh Pant and Prithvi Shaw have all been mentored and coached by Dravid. Dravid has been responsible for providing the senior team with talented cricketers over the years.

Shikhar Dhawan, Prithvi Shaw, Suryakumar Yadav, Ishan Kishan, Hardik Pandya, Krunal Pandya, Bhuvneshwar Kumar, Navdeep Saini, Khaleel Ahmed, Yuzvendra Chahal, Kuldeep Yadav among others would be the players available for the Sri Lanka tour. It would be a great opportunity for most of them to get among the runs and make a case for themselves with the Indian selectors.

Also, while no official announcement has been made, it is anticipated that Dhawan, who happens to be the senior-most player in white-ball cricket, and not going to England, could be appointed skipper for the side touring Sri Lanka.