The 29-year-old will be making his first appearance in the shortest format of the game for his national side during the opening T20I against Australia at Manuka Oval in Canberra on Friday. 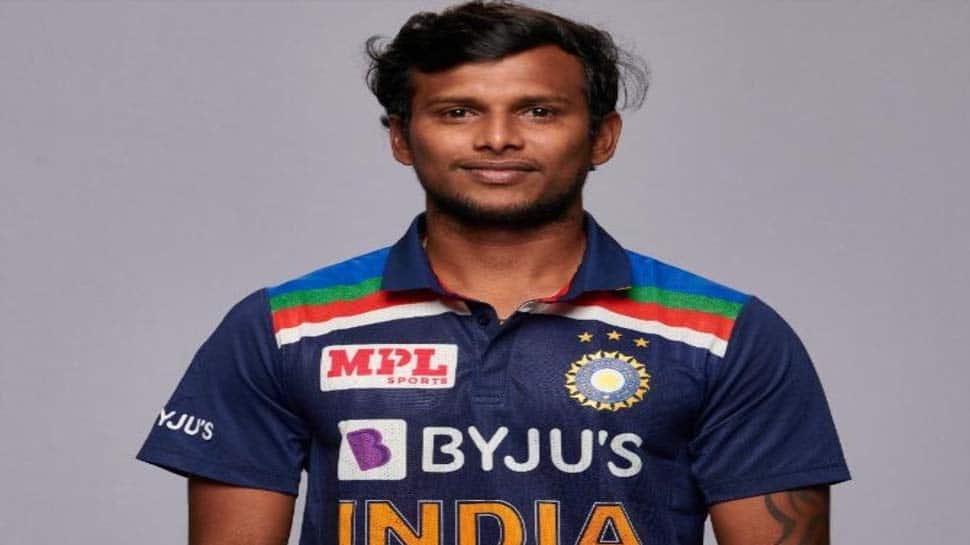 The 29-year-old will be making his first appearance in the shortest format of the game for his national side during the opening T20I of the three-match series against the Aaron Finch-led side at Manuka Oval in Canberra.

Taking to Twitter, the Board of Control for Cricket in India (BCCI) posted a video of Natarajan receiving his maiden T20I cap from star pacer Jasprit Bumrah.

"Onwards and upwards!After his ODI debut, @Natarajan_91 will today play his maiden T20I game for #TeamIndia. He gets his Billed cap from @Jaspritbumrah93 #AUSvIND," the country's cricket governing body wrote along with the video.

After his ODI debut, @Natarajan_91 will today play his maiden T20I game for #TeamIndia. He gets his from @Jaspritbumrah93 #AUSvIND pic.twitter.com/hfDsw2Tycu

Notably, T Natarajan T20I debut has come just two days after he featured in his first international game during the third and final ODI against Australia at the same venue which the visitors went on to win by 13 runs to end the series with a 1-2 defeat.

Natarajan's dream moment during the debut came when he removed opener Marnus Labuschagne cheaply for seven runs on his 13th ball of his ODI career.

Later during the match, he also dismissed Ashton Agar for 28 to finish the match with figures of two for 70 as Australia were bundled out for 289 in their chase of 302 runs.

Natarajan’s exploits with the ball in IPL 2020 was one of the highlights of SunRisers Hyderabad's season with many calling him as one of the finds of the tournament. In 16 matches the Tamil Nadu pacer racked-up 16 wickets while bowling the toughest overs for his side.

India vs Australia, 1st T20I: As it happened