The Australian coach added that Smith has ensured that his bat does the talking ever since he has returned from the ball-tampering scandal. 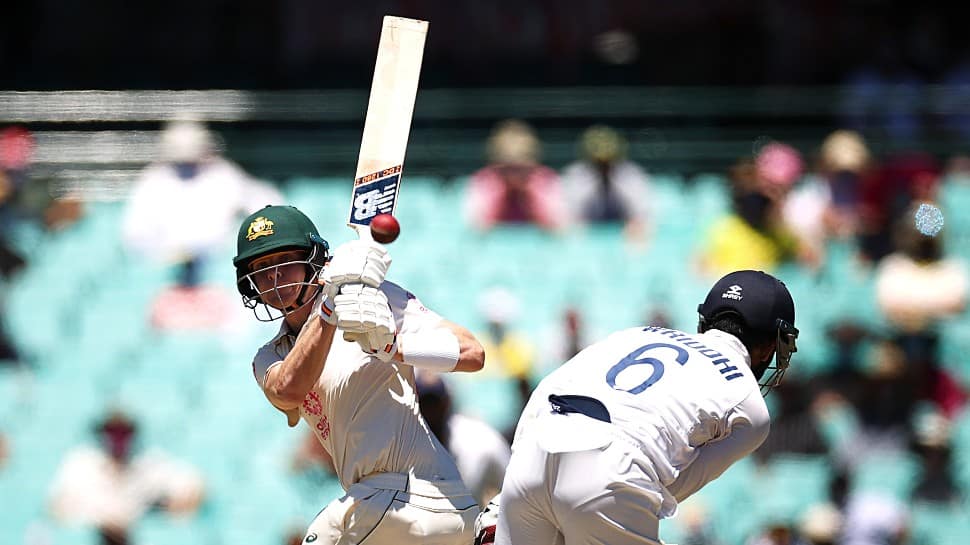 Steve Smith has been in eye of the storm since pitch scratching incident in Sydney. (Photo: ANI)
Share:
Edited By:

Australia coach Justin Langer has termed allegations against Steve Smith for wiping out Rishabh Pant`s guard marks as 'absolute load of rubbish'. Smith was caught on stump camera trying to remove Pant`s guard during the fifth day of the third Test as Australia tried hard to get rid of the left-handed wicketkeeper-batsman who went on the counter-attack.

The Pant-led Indian resistance forced the Aussies into some desperate acts including Smith removing guard and skipper Tim Paine indulging in on-field chatter with R Ashwin. However, Langer backed both Smith and Paine.

"I literally cannot believe some of the rubbish I read about Steve smith. Absolute load of rubbish. If anyone knows Steve Smith -- he is a bit quirky, he does some weird stuff. We have all laughed about it for the last couple of years. I have spoken about it publicly and I have spoken about it privately that he is a bit quirky. What Smith does at the crease, he does at most games," said Langer while speaking to the media during a virtual interaction on Wednesday morning.

"Anyone who suggests for one millisecond he was doing anything untoward, they are way out of line. Absolutely out of line. That wicket was so flat... it was like concrete. You need 15 inch spikes to make an indent on the crease," he added.

The former Australia opener, who took over from Darren Lehmann as coach after the ball-tampering scandal and has initiated an image makeover along with captain Tim Paine, backed the team skipper after the wicketkeeper-batsman`s on-field chatter with R Ashwin was caught on stump mic and became a subject of controversy in mainstream media as well as social media.

"You have no idea how much faith I have got in Tim Paine. He didn`t have his best day, no doubt about that. After three years he has hardly put a hair out of place. He has been outstanding as the Australian captain in everything he does. He had a frustrating day, we`ve got to cut him some slack surely. But having said that, when you set a standard as high as he does and as we do, we understand that we get criticised when we fall below that. But Tim Paine is an outstanding leader and will continue to be for some time to come. So he has my 100 per cent support," said Langer.