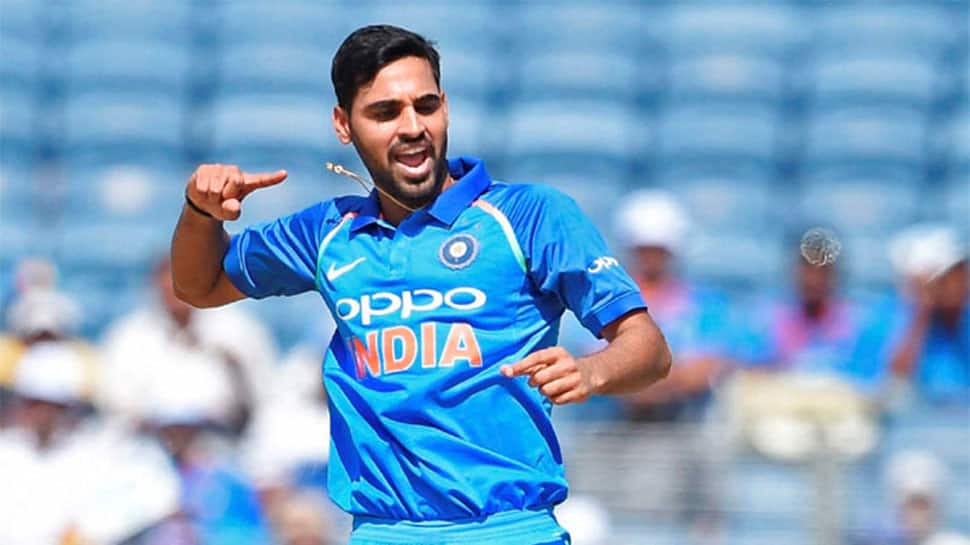 Fast bowler Bhuvneshwar Kumar on Saturday became the 12th Indian pacer to pick 100 wickets in the ODI format of the game during the first clash against Australia in Sydney.

Kumar dismissed opposition skipper Aaron Finch in the second over of his bowling spell, hitting the stumps with a swinging delivery to reach the milestone. The 32-year-old batsman failed to negotiate the good length delivery due to the lack of footwork with the ball nipping back to deceive him completely.

The 28-year-old bowler has picked 100 ODI wickets in just 96 clashes at an average of 37.88 and astounding economy rate of 4.98. Kumar picked two wickets while conceeding 66 runs in his 10-over bowling spell on Saturday in a disappointing performance, as India were defeated by 34 runs.

The visitors ended up at a total of 254 for nine while chasing a 289-run target with three of the top four batsmen failing to reach double-digits and lasting a mere 11 balls.

India will be looking to register a better performance in the second ODI at the Adelaide Oval on Tuesday, with Australia currently enjoying a 1-0 lead in the three-match series.

Watch: Rohit Sharma learns how to 'floss dance' in Australia