India vs Australia ODI: Yuzvendra Chahal registers best ODI bowling figures by a spinner Down Under

Chahal picked six wickets while conceding just 42 runs at the MCG, registering a dominant performance against the hosts, in a crucial clash. 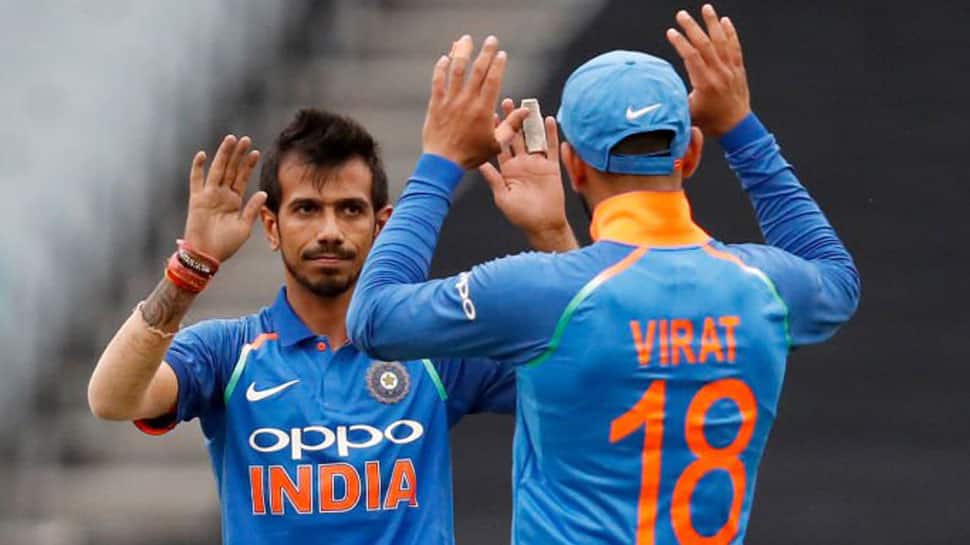 Indian leg-spinner Yuzvendra Chahal on Friday recorded the best bowling figures by a spinner in an ODI clash in Australia, during the series-decider against the Aussies in Melbourne.

Chahal picked six wickets while conceding just 42 runs at the Melbourne Cricket Ground (MCG), registering a dominant performance against the hosts, in a crucial clash. He also became the first spinner to pick six wickets in an ODI in Australia.

The bowler's excellent performance certainly played a key role in India restricting Australia to a total of just 230.

Yuzvendra Chahal ripped through the Aussies to claim the equal best-ever ODI figures on Aussie soil with 6-42!#AUSvIND | @toyota_aus pic.twitter.com/Jf4gpD5W1i

The 28-year-old cricketer further equalled the best-ever ODI figures registered by any bowler in an ODI clash in Australia, alongside former Indian fast-bowler Ajit Agarkar.

Agarkar had accumulated the same tally as recorded by Chahal, against the hosts at the same venue, back in 2004.

Australian paceman Mitchell Starc enjoys a bowling tally, which trails the figures registered by the duo by a single run, having picked six wickets for 43 runs against India at the MCG, back in 2015.

English fast-bowler Chris Woakes is the fourth name on the list, after accumulating figures of 6/45 against Australia in Brisbane, 2011.

Inspired by ICC's tweet on MS Dhoni, Ajinkya Rahane, Ravichandran Ashwin and others take up #10YearChallenge