The ODI series against Australia will be the Men in Blue's final leg of preparation ahead of the 2019 ICC World Cup, which is slated to take place from May 30 to July 14 in England. 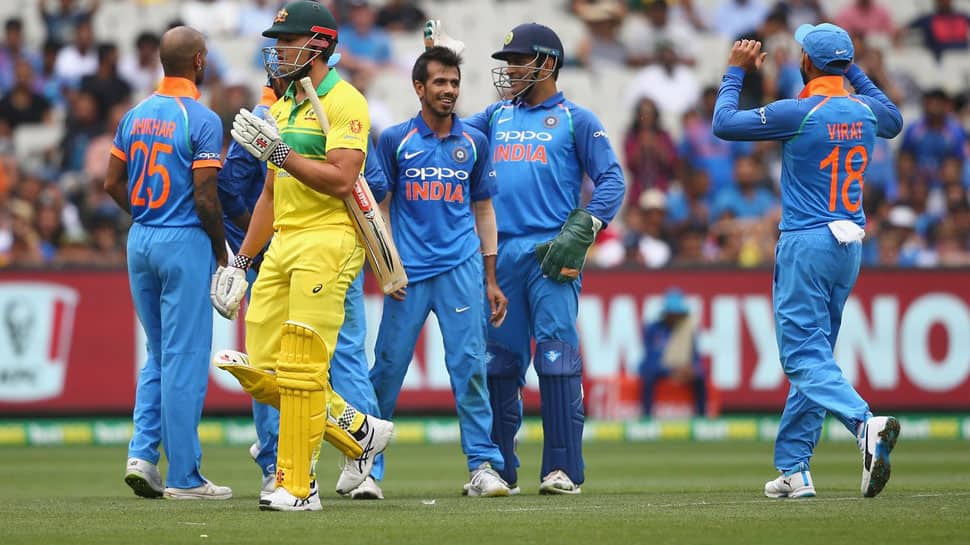 The Indian cricket team will look to shrug off their two-match T20I series defeat against Australia and bounce back strongly when they take on the Aaron Finch-led side in the five-match ODI series, beginning Saturday at Rajiv Gandhi International Stadium in Hyderabad.

The ODI series against Australia will be the Men in Blue's final leg of preparation ahead of the 2019 International Cricket Council (ICC) World Cup as the Virat Kohli-led side is still looking to figure out the final pieces of a jigsaw puzzle ahead of the mega event.

The series against Australia will not only be India's final performance as a group before the players will disseminate to play for their respective franchise in the Indian Premier League (IPL), but it will also prove to be the last chance for the handful of players to strengthen their cases for selection in the World Cup squad.

While opener KL Rahul has somewhat given a message to the national selectors by bringing in decent knocks of 50 and 47 runs in the two T20Is , Rishabh Pant and Vijay Shankar will look to make amendments and put up good performances in order to stake their claims in World Cup squad.

Australia, on the other hand, are boosting with confidence following their 2-0 T20I series sweep of India. They will look to continue their momentum and clinch their first ODI series in two years, after having lost all of their six series since January 30, 2017.

While Australia are also scheduled to play five-match ODI series against Pakistan in the United Arab Emirates (UAE) ahead of the World Cup, the team's coach Justin Langer believes that the series against world number two India will unlock answers to many questions.

As far as squad is concerned, skipper Aaron Finch's recent poor form at the top of the batting line-up is a serious concern for Australia, who are eagerly waiting for the return of former skipper Steve Smith and former vice-captain David Warner whose one-year suspensions for their role in ball-tampering scandal are all set to expire on March 28.

However, Langer backed captain Aaron Finch to retain his spot at the top of the order despite failing to reach the 50-over mark in his last 19 appearances in limited-overs innings.

"My experience of every captain, the most important thing is they're playing really good cricket," cricket.com.au quoted Langer as saying.

MS Dhoni injures his right forearm ahead of Australia ODIs