The two sides will now head into the third match at Melbourne Cricket Ground (MCG) on January 18. 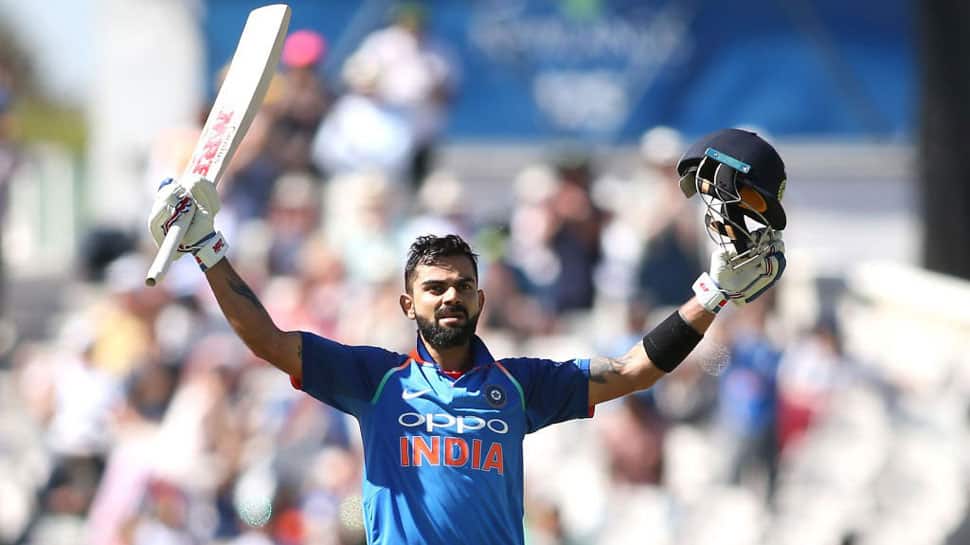 Indian skipper Virat Kohli's 39th ODI century during the second match against Australia in Adelaide not only saw his side cruise to a series-levelling victory, but also helped him set up a few records and reach new landmarks.

The 30-year-old, who is considered as one of the world's greatest batsmen in the modern-day cricket, reached the three-figure mark by picking up two runs off Peter Siddle's delivery in the 42nd over of the match.

Coming to bat at No.3 position following opener Shikhar Dhawan's departure in their chase of 299 runs, Kohli pulled off a blistering knock of 108 balls besides also notching up crucial partnerships of 54 and 59 with vice-captain Rohit Sharma (43) and Ambati Rayudu (24), respectively

Kohli struck a total of five boundaries and two sixes in his beautiful knock before eventualling falling for 104 runs off Jhye Richardson's delivery. India went on to win that match by six wickets.

Here is the list of a few records broken by Kohli with his century:

# It was Kohli's sixth ODI century against Australia and fifth Down Under. Only legendary Indian cricketer Sachin Tendulkar (9) and opener Rohit Sharma (7) have scored more hundrerds than the current skipper in the 50-over format against the Australians.

# Kohli became the second cricketer with most hundreds overseas. With 22 tons to his name now, the Indian skipper has surpassed Sanath Jayasuriya and Kumar Sangakkara who both have 21 centuries in their tally. Sachin Tendulkar leads the list with 29 hundreds.

# Kohli has now brought up a total of 64 international hundreds. He has now become the third batsman with most international centuries, overtaking former Sri Lankan cricketer Kumar Sangakkara (63). Tendulkar currently leads the list with 100 international tons from 782 innings, while former Australian skipper Ricky Ponting is standing second with 71 centuries from 668 innings.

# En route to his blistering knock, he also became the 11th highest run-scorer in the history of ODI cricket.With a total of 10,339 ODI runs in his tally, Kohli has now went past Sri Lanka's Tilakratne Dilashan (10,290 runs). While Kohli took just 210 innings to reach the score, Dilshan notched up his runs in 303 innings.

The three-match series between India and Australia is now levelled at 1-1 after Australia one the first ODI by 34 runs. The two sides will now head into the third match at Melbourne Cricket Ground (MCG) on January 18.