Pant will now not travel with the team as he has been put into isolation. The Indian team will play a three-day warm-up match against County XI at Durham from July 20th. 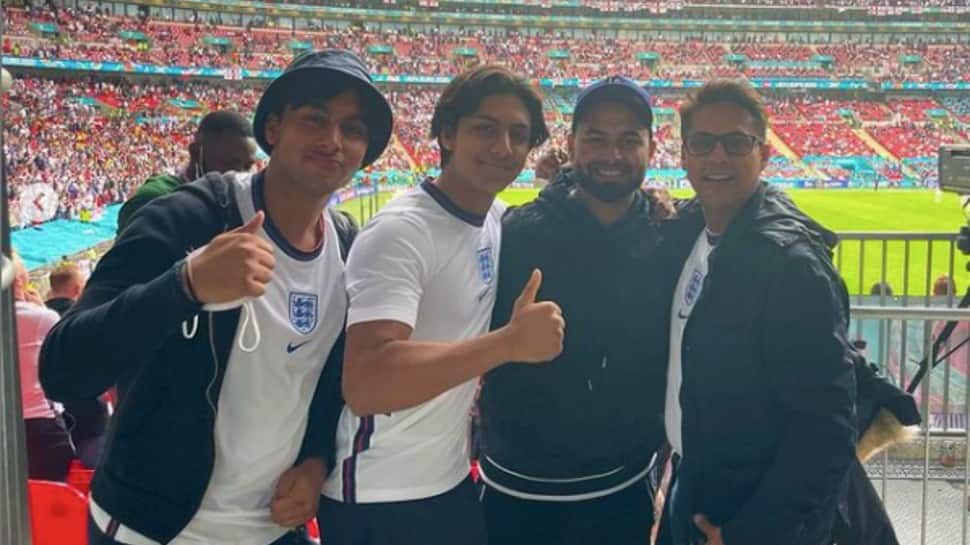 The Board of Control for Cricket in India (BCCI) decision to allow players to visit sporting venues as well as other public places in England and mingle with crowd during their three-week break has come under spotlight after it emerged that wicketkeeper-batsman Rishabh Pant has tested positive for COVID-19. Pant had visited the UEFA Euro 2020 pre-quarter final between England and Germany on June 29 and had later tweeted pictures of himself with a few of his friends sitting in the crowd.

“Good experience watching,” Pant had tweeted with pictures from the Wembley Stadium where the match was played.

Hanuma Vihari and Jasprit Bumrah are the other players to have visited the Wembley to watch Euro 2020 football. Team coach Ravi Shastri and premier off-spinner R Ashwin, who played a County Championship match for Surrey this week, had visited Wimbledon in the break.

Pant will now not travel with the team as he has been put into isolation. The Indian team will play a three-day warm-up match against County XI at Durham from July 20th.  Some of the fans gave him get well soon wishes whereas some bashed him for being irresponsible.

Here are some of the fan’s reaction on Twitter…

#RishabhPant tests positive for #Covid19 in England.
Wishing @RishabhPant17 a speedy recovery and hope he will recover in time for the test series against #Eng #INDvsEng

This is the level of carelessness

When you are with your team, it's your own responsibility to take care of yourself

Now, India has to pay for your carelessness

Pant will not be joining the team in the camp in Durham that begins on Thursday. The Indian team was not scheduled to play any warm-up against any county team due to the ongoing pandemic.

However, BCCI’s request for a warm-up game following the dismal show in WTC final is being mulled over by the ECB. It will be interesting to see if the ECB organises a warm-up game against a county XI and whether they take any measures for it.