The International Cricket Council (ICC) rules say that if a pitch is rated poor then the home team would be docked three points. The rules further add the conditions that make the pitch poor and one of the conditions is about assistance to spin bowlers from early on. 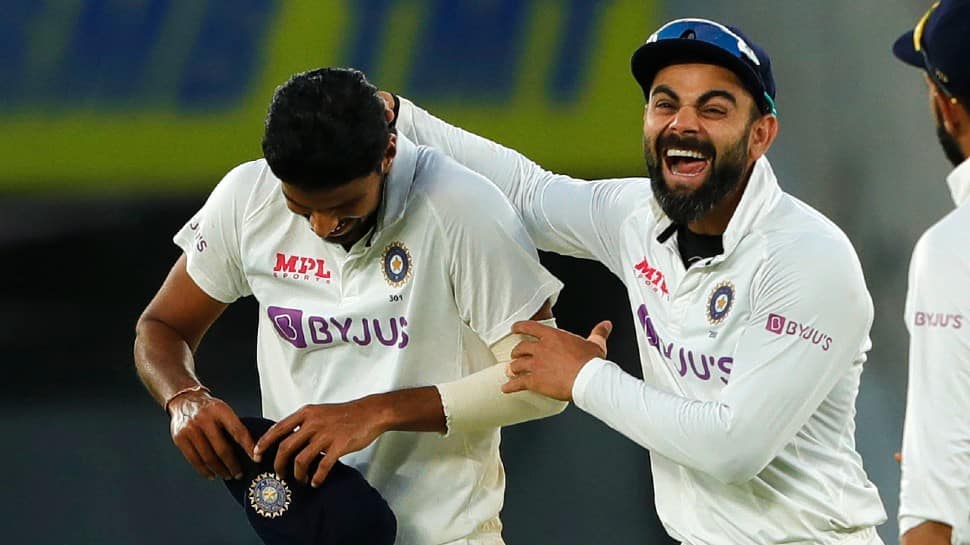 The third Test between India and England at the Narendra Modi Stadium was one of the shortest in the history of Test cricket, finishing well within two days in Ahmedabad with Virat Kohli’s side emerging victorious by 10 wickets. They are now at the top of the World Test Championships (WTC) table with 490 points but the International Cricket Council (ICC) can still deduct three points from their tally if they deem the pitch in Ahmedabad to be ‘unfit’ for Test cricket.

The International Cricket Council (ICC) rules say that if a pitch is rated poor then the home team would be docked three points.

“A poor pitch is one that does not even allow an even contest between bat and ball, either by favouring batters too much, and not giving the bowlers (seam and spin) from either side sufficient opportunity to take wickets, or by favouring the bowlers too much (seam or spin), and not giving the batters from either team the opportunity to make runs,” ICC rules state.

England skipper Joe Root on Thursday (February 25) said it is up to the ICC, and not the players, to decide whether the ‘difficult’ Motera pitch is suitable for Test cricket after his side was crushed inside two days.

Root refused to blame the surface for England’s batting woes after the team folded for 112 and 81 in its two innings. But he said it is the ICC that should consider the suitability of the pitch for Test cricket.

“I think that this surface, it’s a very challenging one, is a very difficult one to play on. It is not for players to decide whether it is fit for purpose or not and that is up to the ICC,” Root said, in the post-match press conference.

“As players we are going to try and counter what is in front of us as best as we can,” he added.

Root was also asked whether ICC should take over pitches if it was conducting the World Test Championship, to which he said that was a decision for the ICC to make.

“That is something the ICC will look at and that is the decision they will have to make. There is always going to (be) slight home advantage. The decision is there for the ICC to make.

With Thursday's loss, England were knocked out of contention from the World Test championship final as they needed to beat India at-least by a margin of two Tests in the four-match series.

The fourth and the final Test will be played at the same venue from March 4.

World Test Championships: India zoom to top of table, find out what they need to reach final