India vs England: Rohit Sharma and Shikhar Dhawan look to emulate Tendulkar-Ganguly with THIS record

Rohit Sharma and Shikhar Dhawan have together scored 4,911 runs in ODIs and if they put on 89 runs for the first wicket on Friday then they will become the second Indian pair to post 5,000 runs together in ODIs. 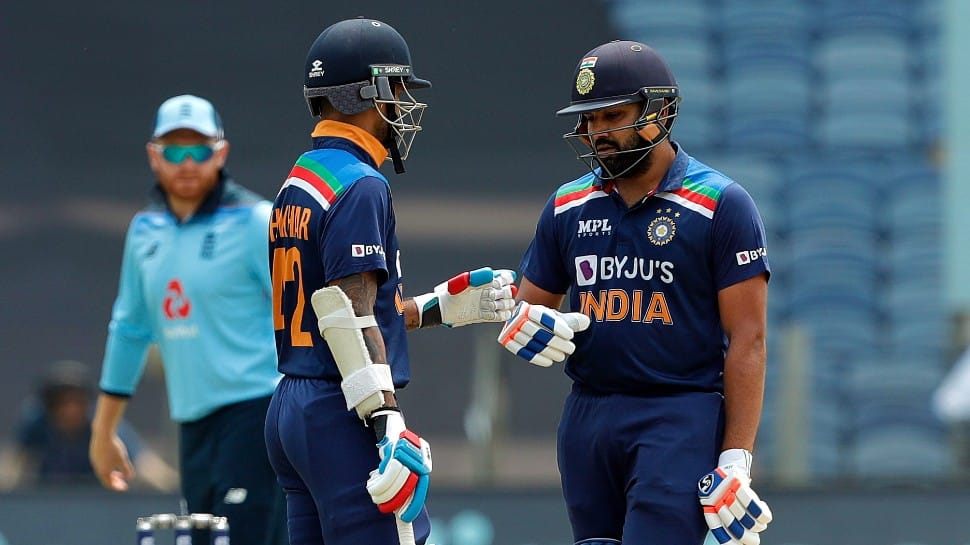 Rohit Sharma and Shikhar Dhawan are close to achieving a big record in ODI cricket. (Photo: PTI)
Share:
Reported By:

Rohit Sharma and Shikhar Dhawan have become one of the most successful opening partnerships since they got together back in 2013 at the ICC Champions Trophy. The Rohit-Shikhar combine has gone from strength to strength and one of the main reasons for India’s tremendous success over the last decade in ODI cricket.

The solidity of the Indian opening partnership at the top gives Team India skipper Virat Kohli the flexibility to play with freedom as he did in the first ODI against England in Pune on Tuesday (March 23). Dhawan scored 98 – his sixth score in the 90s in ODI cricket – and put on 64 runs for the opening wicket with Rohit Sharma, who scored 28.

The opening stand managed to see out initial troublesome period with the new ball with the Englis pacemen seaming and swinging the ball around at the Maharashtra Cricket Association (MCA) stadium in Pune. Kohli came out to bat at No. 3 and flayed the England attack around to score 56 off 60 balls.

The pair of Rohit Sharma and Shikhar Dhawan have been compared to the legendary opening combo of Sachin Tendulkar and Sourav Ganguly and the duo will look to emulate the greats when they take on England in the second ODI in Pune on Friday (March 26).

Rohit and Shikhar have together scored 4,911 runs in ODIs and if they put on 89 runs for the first wicket on Friday then they will become the second Indian pair to post 5,000 runs together in ODIs. The first Indian pair to achieve this feat was that of Tendulkar and Ganguly, who hold the record for the most runs scored together in the format.

Ganguly and Tendulkar batted together in 176 innings and put on 8,227, which is way ahead of the next pair of Mahela Jayawardene and Kumar Sangakkara. Rohit and Shikhar will become the 7th pair to score 5,000 runs together.

The Rohit-Shikhar pair average 45.05 runs at the top, which is just marginally less than 47.55 that Tendulkar-Ganguly combo averaged from 176 innings.

Rohit has in fact scored close to 5,000 runs in partnership with Virat Kohli as well. India would want these two players to keep doing well in the format and help the team win the 2023 ICC World Cup at home.

India vs England 2nd ODI Live Streaming: Match Details, When and where to watch second IND vs ENG ODI