India vs New Zealand 2021: Venkatesh Iyer calls WWE superstar Undertaker his ‘hero’, wants THIS from him

Venkatesh Iyer said it was MP teammate Avesh Khan who informed him about his selection to the Team India squad and that he is a huge fan of WWE. 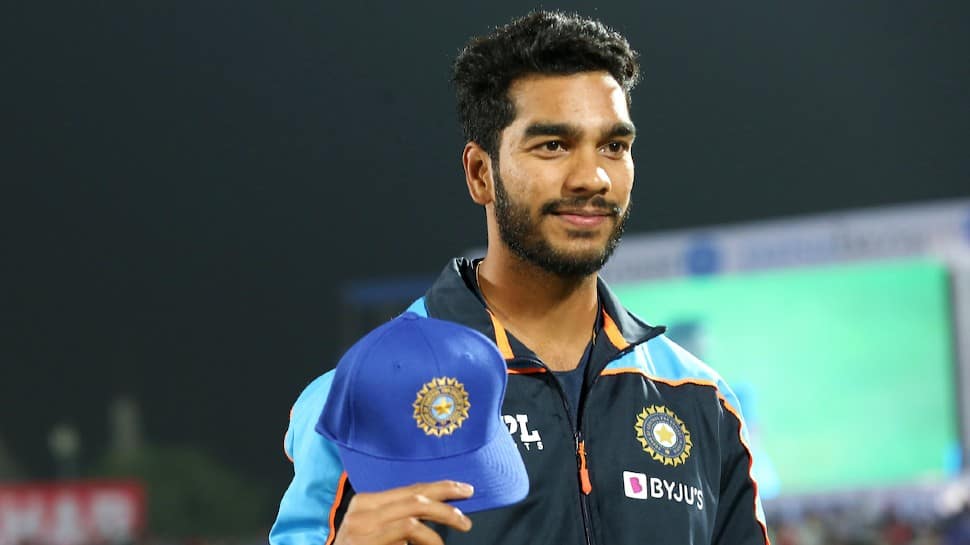 Team India all-rounder Venkatesh Iyer has an unlikely hero when it comes to sports. Iyer, who was sensational for Kolkata Knight Riders in the second-half of IPL 2021, made his India debut in the first T20 against New Zealand in Jaipur on Wednesday (November 17). The Madhya Pradesh called WWE superstar Undertaker as his ‘childhood hero’.

“Undertaker is one of my childhood heroes. I am a big fan of WWE and Undertaker. I really hope that he sees this video and sends me a signed WWE belt,” Iyer said in a video posted by BCCI on Instagram.

The all-rounder said it was MP teammate Avesh Khan who informed him about his selection to the Team India squad. “I was in my hotel room during the Syed Mushtaq Ali Trophy and Avesh Khan came in and told me that we both had been selected for the Indian team. I was more happy for Avesh than myself,” Iyer revealed.

The KKR opener also said that he spoke to captain Rohit Sharma, coach Rahul Dravid and Rishabh Pant after his selection. “I spoke to Rohit, Rahul sir and Rishabh after my selection. They were very welcoming, they welcomed me into the squad and the dressing room very nicely,” he said.

Iyer said is ready to bat at any position for the side to be ‘flexible’. “Everyone who plays cricket aspires to play for the country, so I feel good that I’ve been presented with this opportunity. Feels good to play under Rahul (Dravid) sir, I’m really excited and looking forward to it,” Venkatesh told hosts broadcasters Star Sports before the match.

“As a cricketer, you got to be flexible, and I’ll look to capitalise on the role I’ve been given. I’m ready to bat at any position, or bowl whenever I’ve been asked to. It’s wonderful to play in front of the (Indian) crowd, it`s great to have them back," he added.

Venkatesh Iyer was handed his cap by India skipper Rohit Sharma ahead of the toss.