With the win, New Zealand have completed a two-match Test series whitewash 2-0 over India. 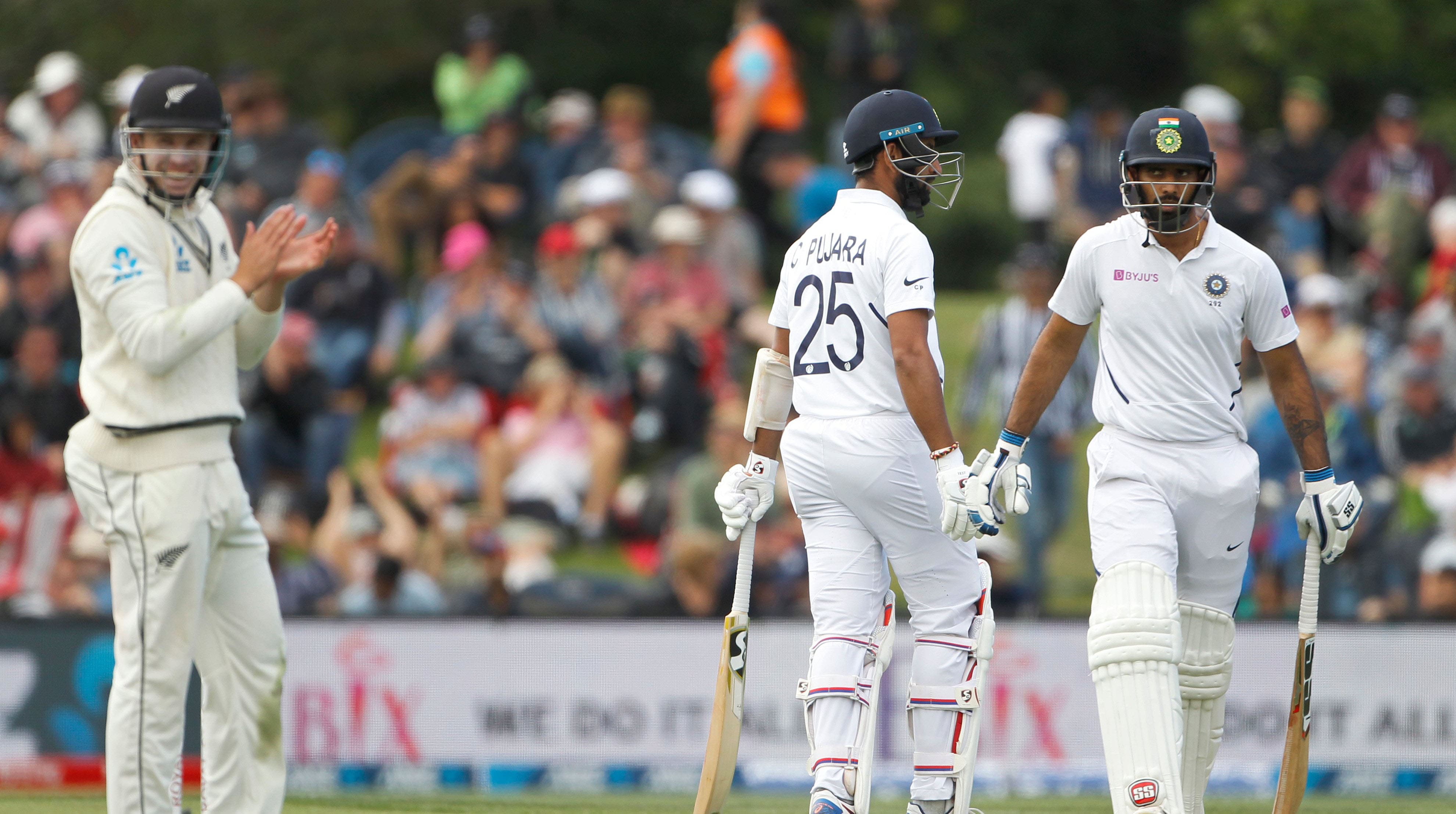 After Trent Boult and Tim Southee shone with the ball, openers Tom Latham and Tom Blundell notched up a half-century each to help New Zealand beat India by seven wickets in the second and final Test of the two-match series at Hagley Oval in Christchurch on Monday.

With the win, New Zealand have completed a two-match Test series whitewash over India.

Hanuma Vihari and Rishabh Pant resumed India's innings at 90 for six at their respective scores of four and one.

However, the Indian lower order, unlike New Zealand, failed to show any resistance and lost their remaining four wickets inside 34 runs. India were eventually bundled out cheaply for 124 runs in their second innings to set a 132-run target for the Black Caps.

While Vihari and Pant departed for their respective scores of nine and four runs, Mohammad Shami (5) and Jasprit Bumrah (4) too went back to the pavilion without contributing much runs to their side's innings.

Ravindra Jadeja smashed a couple of boundaries for his side before falling short of partners to remain unbeaten at 16.

Trent Boult was the pick of the bowlers for the hosts with four wickets, followed by Tim Southee who bagged three wickets while conceding just 34 runs.

Colin de Grandhomme and Neil Wagner also chipped in with a wicket each.

In reply, Tom Latham (52) and Tom Blundell (55) not only brought up half-centuries but also stitched a 103-run partnership for the opening wicket to bring New Zealand closer to win before Ross Taylor (5) and Henry Nicholls (5) helped their side cross the mark in 36 overs.

For India, Jasprit Bumrah managed to grab two wickets while Umesh Yadav also chipped in with a wicket.