Mohammed Siraj picked the wickets of openers Will Young, Tom Latham, and Ross Taylor, to leave New Zealand reeling at 17 for 3. After that India's spinners got among wickets as Kiwis were bowled out for 62 in their first innings of the second Test. 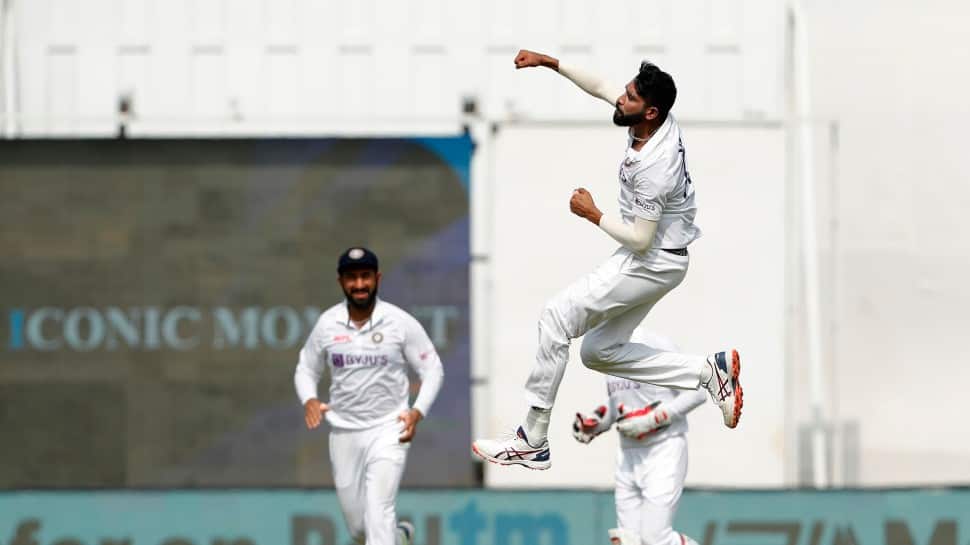 India pacer Mohammed Siraj said that the delivery that got New Zealand's Ross Taylor out was a "dream" for any bowler on the second day of the second Test.

Mohammed Siraj picked the wickets of openers Will Young, Tom Latham, and Ross Taylor, to leave New Zealand reeling at 17 for 3. After that India's spinners got among wickets as Kiwis were bowled out for 62.

Asked about the delivery to Taylor, Siraj at the end of the second day's play press conference said, "The plan was that we had set the field for an inswing delivery and was aimed to hit the pads but I thought I should bowl an outswing. It was a dream delivery for any fast bowler."

Siraj had split his webbing during the first T20 International against New Zealand in Jaipur and was out of action since then.

"Since I was injured earlier and didn't even play the first match, I continued to work on my bowling. I was practising with a single stump, trying to work on my outswing. I was preparing in a way that I should be ready for the next match."

"When I got the opportunity, my effort was to ensure that I consistently bowl in the same area and get the outswing going. The way I practised, I tried building on my rhythm, which helped me and got me success," he added.

The day when spinners dominated, Siraj knew he would barely get three or four overs but the pacer ensured to make an instant impact in the match.

"Since the spinners were dominating here, I knew that I might barely get three or four overs to bowl. But I wanted to ensure that in whatever little opportunity I do get, I will try to bowl with effort and consistently in the right areas. Even if get one or two wickets, that would help the team," he concluded.