While New Zealand has a better tally than India in world cup matches, the Men in Blue edge out the Black Caps when it comes to One Day Internationals. 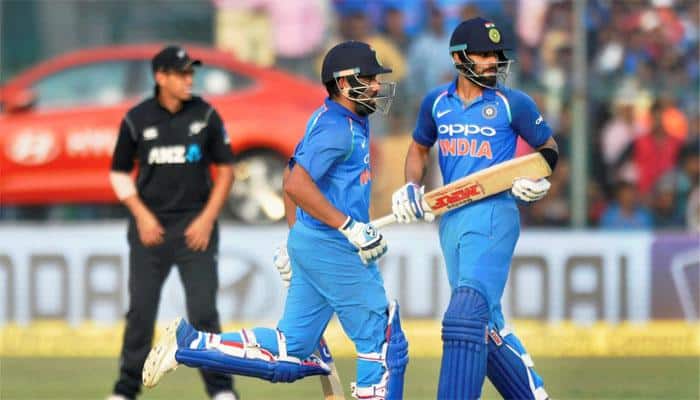 India is set to take on New Zealand at the Old Trafford ground in Manchester in the first semi-final of ICC World Cup 2019 on Tuesday. It is for the ninth time in world cups that the Men in Blue and the Black Caps will clash with each other. While India have emerged as the clear favourites in the ongoing edition of World Cup, New Zealand have had a rather inconsistent journey to the semi-finals.

The semi-final is slated to be played at the ground where India and New Zealand had first played any world cup match against each other. The match was played way back on 1975 and the Black Caps had emerged victorious.

In the current edition, India will be playing New Zealand for the first time, as their previous match at Nottingham was washed out without toss due to rain.

Apart from the washed-out match, the two teams have played against each other in a total of seven matches, of which New Zealand won four while India won just three.

The next world cup encounter between the two teams came eight years later in Bengaluru on October 14, 1987. This was the first time that India registered a victory against the Black Caps in a world cup encounter, winning the match by a margin of 16 runs.

In the same edition of world cup, India and New Zealand played each other in Nagpur on October 31, 1987. India won the match by 9 wickets.

In Dunedin on March 12, 1992, the two met each other again in a world cup match and New Zealand won it by four wickets. The winning streak continued on June 12, 1999 when New Zealand defeated India by 5 wickets in Nottingham.

Five years ago, India and New Zealand played each other at Centurion on March 3, 2014 wherein the Men in Blue registered a 7-wicket victory.

While New Zealand has a better tally than India in world cup matches, the Men in Blue edge out the Black Caps when it comes to One Day Internationals. The two teams have played a total of 106 ODIs against each other, of which India have won 55 while New Zealand won 45. One match was tied between the two.