Mohammad Kaif spoke extensively on the Indo-Pak rivalry, pressure on the cricketers in this high intensity encounter and more ahead of India vs Pakistan clash in T20 World Cup 2021. 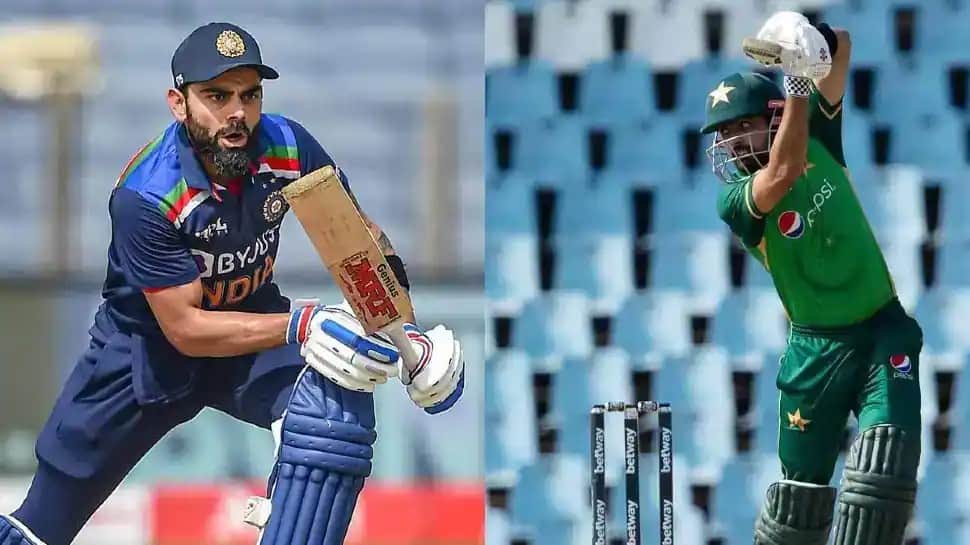 Virat Kohli’s Team India will open their T20 World Cup 2021 campaign against arch-rivals Pakistan in Dubai on Sunday (October 24). Former India batter Mohammad Kaif, who has been part of fair share of clashes against neighbours Pakistan – including the famous Super Six clash in 2003 50-over World Cup in South Africa, spoke exclusively to Zee News English during a Facebook Live session.

The Delhi Capitals assistant coach spoke extensively on the Indo-Pak rivalry, pressure on the cricketers in this high intensity encounter and more. Excerpts from an exclusive interaction…

India’s rivalry with Pakistan on the cricket field in unparalleled. Who do you think will win the match on Sunday?

In terms of speaking about pressure, I think Pakistan are under more pressure because of their past record against India in the ICC tournament against India – they’ve lost 12 games.

World Cup match as compared to a normal cricket match – is the pressure different, especially when it’s India vs Pakistan?

The trending talk nowadays is the ‘MS Dhoni factor’ because he’s the mentor. So how will this effect our team?

MS Dhoni has that experience and all the players in the team respect MSD very much. So yes it’ll be a plus point for India.

Pakistan has good bowlers especially pacers and also good spinners, but people are talking about Babar Azam vs Virat Kohli. What do you think about this and Pakistan team?

Look this Pakistan team is very good, Babar Azam is a very good batter and captain. They have got players who can perform good on their day but I would give my vote to India because the grounds and experience the Indian players have got because of the IPL. They’ve been there (UAE) for a quite a long time now so they know the conditions in Dubai better compared to the Pakistan team. IPL is also a very high pressure tournament so that also counts for India .

India vs Pakistan match has that pressure on it on paper, so skills come later after the pressure handling and I think India can handle that pressure well. Look the records are records and they signal that India are the winners as they always defeat Pakistan in the World Cup. But I’m a big fan of current-form of the players, the team which has better form at the moment can win it and in the Indian Team every player is in great form.

The passion, pride and the power of wearing the Pakistan green! #WeHaveWeWill #T20WorldCup pic.twitter.com/geocUMZmfL

Mohammad Hafeez and Shoaib malik who play in middle overs. Will their experience cause problems for India?

Look Pakistan plays a lot of cricket in UAE, the Dubai ground is Pakistan’s ‘second home’ and their record in that ground is impressive so yes they can get advantage of the conditions there.

Bringing back Shoaib Malik is a good decision from Pakistan because he plays almost every shorter format leagues in the world and has very good experience in this format of cricket.

Fakhar Zaman, who’s role will be at number 3-4 will be a good asset for Pakistan, as he’s an explosive batter who can play the big shots. Of course, Babar Azam who’s name is circling around the world right now is also a very good asset to the Pakistan squad but still I would say India are the favourites for this match because they are in great shape.

On importance of fielding in the T20 World Cup 2021

So we got the side pitches and when you play at the side pitches the ground dimensions change. So I think all these situations can be seen throughout the World Cup because a lot of teams will play in the tournament. The curator would have this thing in mind that he needs to take care of the pitch because it needs to be stretched long.

The ground dimensions are very different in Dubai so this brings a different challenge for the players and specially the captains because the field needs to be set with a very good analysis of the sides as one side short and other long so this a big challenge for both the captains Babar Azam and Virat Kohli.

England vs West Indies Live Streaming ICC T20 World Cup 2021 Group 1: When and Where to watch ENG vs WI Live in India