India registered a big win against Afghanistan on Wednesday but also need to win their last two Super 12 games while hoping other results go their way to help them reach the semi-finals. 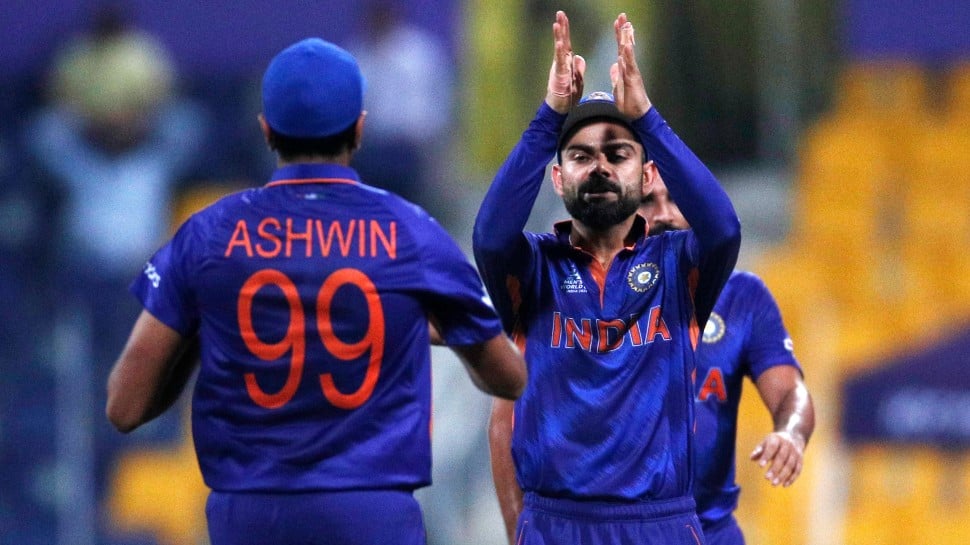 Virat Kohli’s Team India are aiming to go out on a high in their last two Super 12 games in the ongoing ICC T20 World Cup 2021 without bothering too much about run-rate scenario or their semi-final chances, spinner Ravichandran Ashwin said on Thursday (November 4). The pre-tournament favourites, the inaugural winners of the 2007 edition, are staring at an early exit following comprehensive defeats by Pakistan and New Zealand.

India registered a big win against Afghanistan on Wednesday but also need to win their last two Super 12 games while hoping other results go their way to help them reach the semi-finals. “I think there are hardly any discussions with regards to that (semi-finals),” Ashwin told reporters on the eve of their penultimate Group Two match against Scotland in Dubai.

“The discussion we need to have is how we’re going to go about the couple of games we have left, and everyone’s planning and wanting to go (out) on a real high for the last two games. That is stuff that’s not in our control. It’s fingers crossed.”

Group leaders Pakistan have qualified for the semi-finals and India hope to join them by winning their matches against Scotland and Namibia handsomely and relying on Afghanistan to beat New Zealand. “It’s a funny game, and Afghanistan have played good cricket. A lot of our hopes rest with them as well. All the very best to them,” said Ashwin.

Everything that I wanted to execute fell in place.@ashwinravi99 speaks about his bowling performance against Afghanistan. #TeamIndia #T20WorldCup pic.twitter.com/LT8rNqGdUG

The match against Afghanistan was Ashwin’s first in white-ball cricket since mid-2017 and the off-spinner made a big impact on his return, picking up 2-14 in his first match in the tournament. “The news that I got selected in the World Cup was very heartening,” he said. “I had some special dreams getting into the World Cup, wanting to do special things for the team. Unfortunately, after the first two losses, I did feel a bit low about it and wasn’t a special feeling. But after yesterday’s win, we still do have our fingers crossed and hope things go right. Barring that, it was quite a special night. Everything I wanted to execute fell in place. It was a special night for me.”

T20 World Cup 2021: We will give our everything on field to beat India, says Scotland captain Kyle Coetzer