The first T20I between India and South Africa at Dharamsala has been abandoned due to rain. 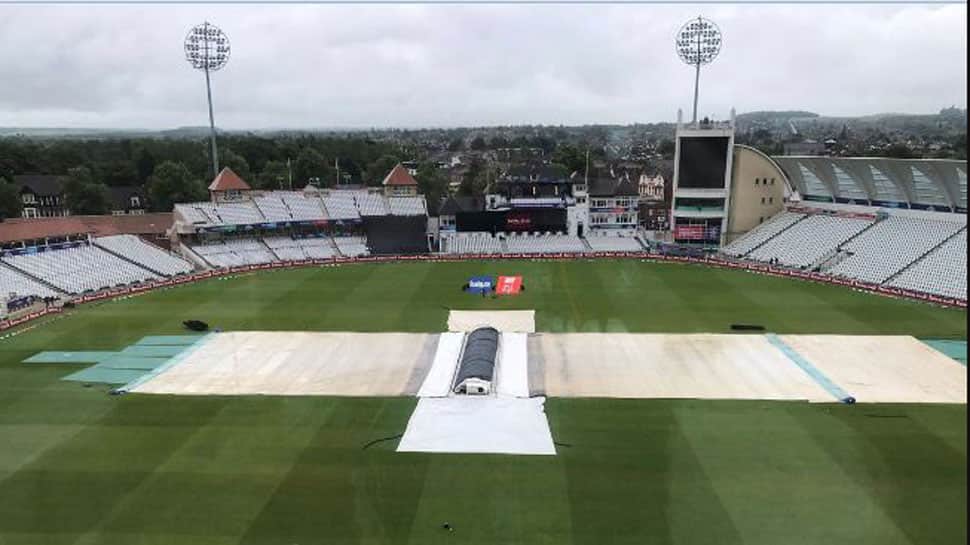 After a successful tour to the West Indies, The first T20I of the three-match series between Virat Kohli-led India and South Africa at the Himachal Pradesh Cricket Association (HPCA) Stadium in Dharamsala was washed out.

# The match has been called off!

The rains continue and the match has officially been called off. See you in Chandigarh for the 2nd T20I #INDvSA pic.twitter.com/BjZ9Y7QAf2

# ''Things not looking great in Dharamsala at the moment. It is pouring,'' tweets BCCI!

Things not looking great here in Dharamsala at the moment. It is pouring  #TeamIndia #INDvSA pic.twitter.com/azf8NDMVTV

# Meanwhile, the rainfall in Dharamsala has got heavier now!

# Former SA cricketer Shaun Pollack tweets, ''Not so sure we going to see any action in Dharamsala tonight.''

Not so sure we going to see any action here tonight...proper IndvSA pic.twitter.com/cjJIcO4yrP

#Toss delayed due to rain. There is still a lot of water on the covers.

# Work in progress at the moment to get the ground ready here in Dharamsala," says the BCCI in a tweet.

Work in progress at the moment to get the ground ready here in Dharamsala INDvSA pic.twitter.com/Oqbsy3go0g

# Ahead of the match, Team India skipper Virat Kohli said his team just want to get on the field and win regardless of the format and venue.

#It's still raining in Dharamsala, toss likely to be delayed

India are brimming with confidence after they dominated West Indies at the latter's home turf in all the three formats of the game , with only rain denying the clean sweep of the Test, ODI and T20I series.

All-rounder Hardik Pandya, who was rested for the tour to the Caribbeans, has been recalled in the national squad for the three T20Is against South Africa.

The Proteas, on the other hand, have roped in three new player in the form of Temba Bavuma, Bjorn Fortuin and Anrich Nortje. Quinton de Kock will lead South Africa in T20I series against India as the visitors look to shrugg off their dismal performance at the 2019 International Cricket Council (ICC) World Cup.

The two sides had last met each other in the shortest format of the game in 2018 when the Men in Blue defeated South Africa 2-1 in the three-match T20I series at the latter's home soil.

The two are squads as follows:

Not thinking about Test captaincy, focus is on limited-overs series against Sri Lanka: Sarfaraz Ahmed