Spinners Praveen Jayawickrama and Akila Dananjaya shared six wickets between them as Sri Lanka bundled out India for 225 in the third ODI in Colombo. 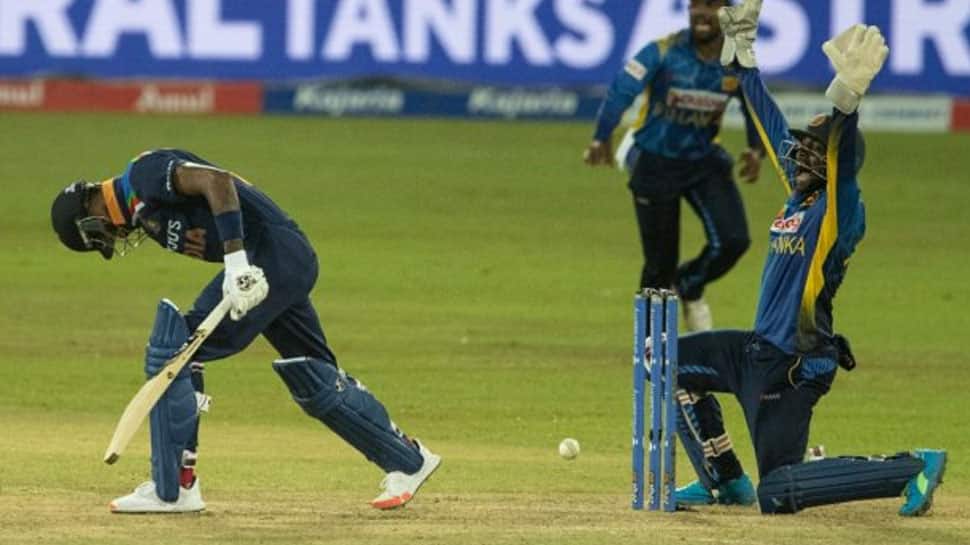 COLOMBO: Half-centuries from Avishka Fernando and Bhanuka Rajapaksa on Friday propelled the hosts to a three-wicket victory against India despite a late slide.

Both Fernando and Rajapaksa earlier gave a good start to Sri Lanka in the third ODI against India after they lost the first wicket early. Fernando and Rajapaksha crossed the 50-run mark individually and steered their side comfortably to chase the revised target of 227 runs. 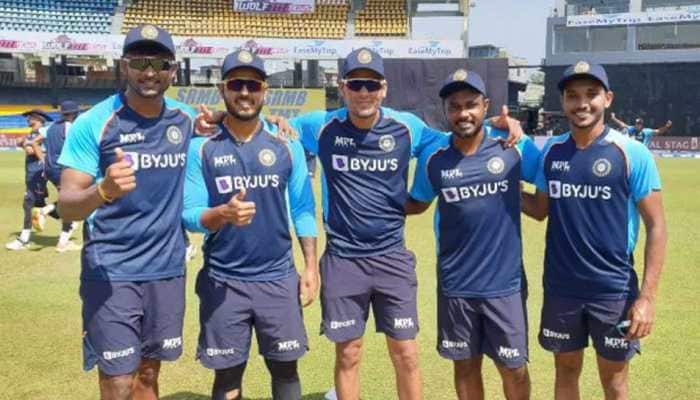 Half-centuries from Fernando and Rajapaksa propel the hosts to a three-wicket victory despite a late slide.

As the hosts began the run chase, Krishnappa Gowtham gave India the first breakthrough to India as he dismissed opener Minod Bhanuka. Later, Chetan Sakariya brought India back into the game after taking two successive wickets.

Earlier, India's young batsmen paid for their profligacy and inexperience as Sri Lanka's spinners made the best use of a rain break to dismiss the visitors for a lowly 225 in 43.1 overs in the third and final ODI here on Friday. Following rain interruption, the revised target for Sri Lanka is 227.

With the series pocketed, India coach Rahul Dravid rejigged the bowling line-up along with a couple of changes in the batting order, but it was evident that the lack of game awareness became their undoing on the day.

The rain-break at the end of the 23rd over, which reduced the game to 47-overs per side, helped the home team. The pitch suddenly had a bit of freshness and the ball would both grip and skid, making life easier for the spinners, who rocked the middle-order.

The latest trend of young batters not being able to cope up with slow bowlers was on show as the middle-order looked clueless against left-arm spinner Praveen Jayawickrama (3/59 in 10 overs) and off-spinner Akila Dananjaya (3/44 in 10 overs), who, in his second spell, blew away the lower middle order with turn and bounce.

However, Prithvi Shaw (49 off 49 balls) dazzled with his breathtaking array of strokes, while Sanju Samson again made batting look easy in his run-a-ball 46. If Shaw slog-swept Jayawickrama in front and behind square, Samson would play the inside out cover drive with effortless ease.

They added 74 runs in 13.2 overs and one can't fault anyone who was dreaming of something big as the duo injected life in a dead rubber. However, after skipper Dasun Shanaka got one to skid and trapped Shaw, Manish Pandey's (11 off 19 balls) inclusion brought about a break in momentum.

Samson was in no mood to relent but an uppish inside-out check drive was plucked by Avishka Fernando at extra-cover, like a fruit from the tree. Post the break, when India resumed at 147 for three, the spinners suddenly started getting more turn and the rain had spiced up the pitch.

Pandey, who, perhaps, will not get any more chance on the tour or even in near future, blew it away when Jayawickrama deceived him with a beautifully flighted delivery. It was a typical orthodox left-arm spinner's dismissal as the ball spun enough to beat Pandey, who went for an expansive drive.

Hardik Pandya (17) smashed three boundaries but Jayawickrama, already pumped up with twin scalps, got another one that turned enough to square up the colourful Baroda man. Kumar Dharmasena's poor day just became worse as the third umpire overruled him for the umpteenth time during the match.

Suryakumar Yadav (40 off 37 balls) again batted like a dream and hit seven boundaries but just like in the last match, the ball that sharply turns in became his undoing. The propensity to keep the bat behind the pads didn't work as Dananjaya's off-break found him leg before.

Debutants Krishnappa Gowtham and IPL specialist Nitish Rana both looked out of place under lights. Gowtham played a nothing shot to a full-toss from Dananjaya while Rana was beaten for turn.

India Vs Sri Lanka 3rd ODI: India all out for 225 after batting collapse, spinners Jayawickrama, Dananjaya pick 3 wickets each