With both Virat Kohli and his deputy Rohit Sharma busy on the tour of England, Delhi Capitals (DC) opener Shikhar Dhawan is the favourite to take up the captaincy of the team for the white-ball series against Sri Lanka. DC skipper and Dhawan’s Indian Premier League (IPL) franchise teammate Shreyas Iyer’s name was also floated. 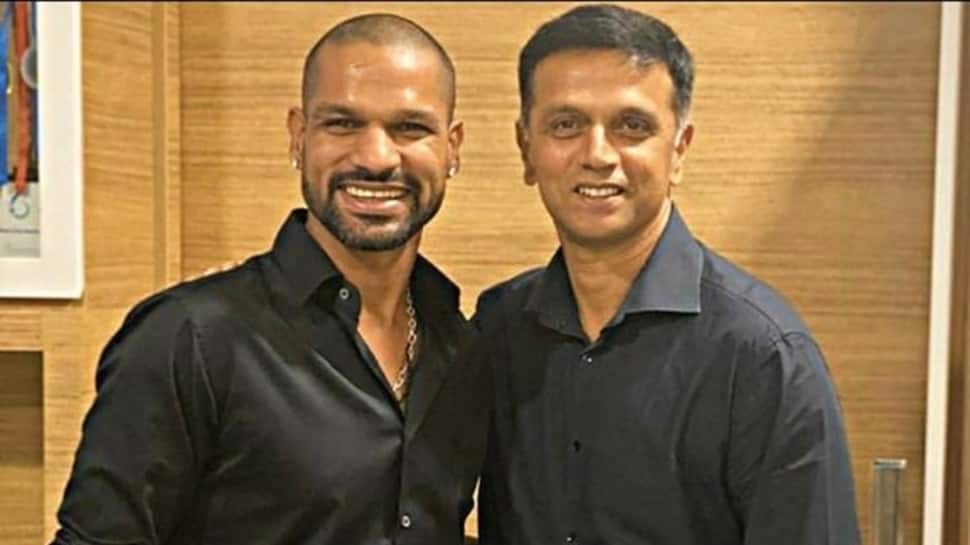 India opener Shikhar Dhawan is set to lead side in Sri Lanka with Rahul Dravid (right) as the head coach. (Source: Twitter)
Share:
Reported By:

Cricket fans will be able to see to different Team India sides in action almost parallelly with a second squad set to take part in a limited-over series in Sri Lanka starting next month. With the first-choice team led by Virat Kohli in the United Kingdom for the World Test Championship Final followed by the five-match Test series against England.

With both Kohli and his deputy Rohit Sharma busy on the tour of England, Delhi Capitals (DC) opener Shikhar Dhawan is the favourite to take up the captaincy of the team for the white-ball series against Sri Lanka. DC skipper and Dhawan’s Indian Premier League (IPL) franchise teammate Shreyas Iyer’s name was also floated but with the batsman unlikely to be included for the series due to shoulder injury, Dhawan looks set to lead the team according to Cricbuzz website.

However, it isn't yet clear when the India squad for the Sri Lanka tour will be picked but it is likely to happen in the coming week.

Dhawan will be joined for by former India captain Rahul Dravid in the head coach’s role for the series. With the white-ball assignment against Sri Lanka being a parallel series, the Board of Control for Cricket in Indian (BCCI) was forced to come up with a unique solution.

The former Delhi Daredevils and Rajasthan Royals coach Dravid has already led the India U-19 team to World Cup glory in 2018. He is now set to take up the head coach’s role, only for the Sri Lanka series, with a few of his National Cricket Academy (NCA) staff members taking up the assistants’ role.

The second-string Indian side will get at least a week’s time to practice in Sri Lanka before the series kicks off with the first ODI on July 13. The idea of having a preparatory camp in Bengaluru ahead of the team’s departure was also floated but considering the COVID-19 situation in India, the team management preferred to train the players in Sri Lanka.

As was the case with the Indian contingent for the England tour, the BCCI will have players quarantine in India for a few days before the flight to the island nation is boarded. The players might need to quarantine in Sri Lanka too if needed.

As per the current norms, all travellers would need to surface pre-departure COVID-19 negative reports and will also need to test negative after a day’s stay at a hotel in Sri Lanka. In cases where players have been fully vaccinated, the guidelines currently demand only one day of quarantine. The regulations, however, can change after June 30.