India vs West Indies at Old Trafford: Will rain play spoilsport in Manchester?

Rain worries were back for India on Tuesday as the team had to practice indoors due to wet outfield. 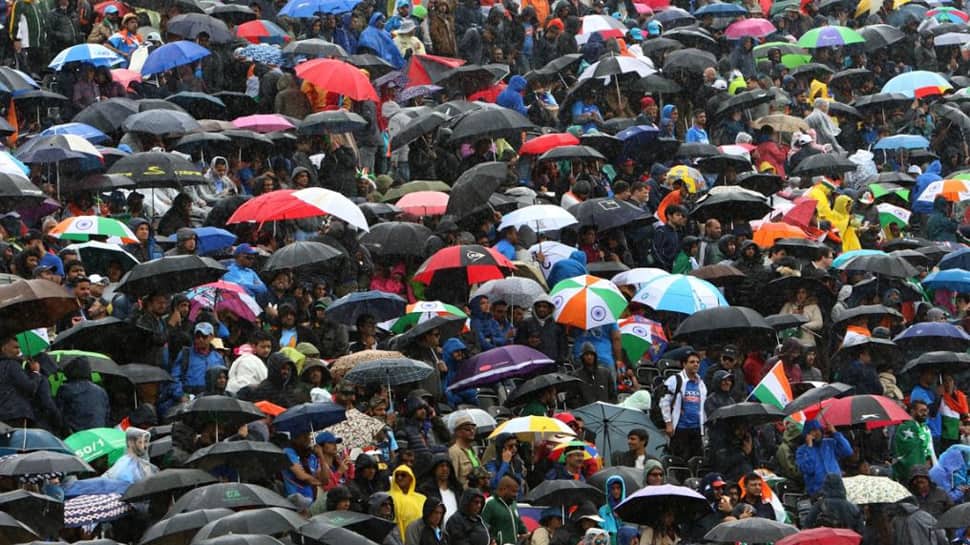 India is set to take on West Indies at the Old Trafford Stadium in Manchester on Thursday during the ICC World Cup 2019. While India has remained undefeated in the tournament so far, West Indies is already out of the race for a slot in the knockout stage. India, however, did share points for the game against New Zealand, which was washed out by rain.

Rain worries were back for India on Tuesday as the team had to practice indoors due to wet outfield. The weather, however, cleared on Wednesday, enabling Indian and West Indies players to go out to the nets for a proper practice session.

Thankfully, the weather prediction for Manchester says that rain is unlikely to play spoilsport in the India vs West Indies match.

According to Accuweather, the sky is expected to remain clear – mostly sunny and pleasant. While the minimum temperature has been recorded for the day in Manchester at 10 degree Celsius, the maximum is likely to reach 23 degree Celsius.

With the weather appearing favourable, all eyes will now be on team India, which had to struggle against Afghanistan to earn their fourth victory in the ICC World Cup 2019 tournament. Riding on Mohammad Shami's hat-trick, India successfully defended a below-par total at a sluggish Rose Bowl wicket in Southampton last Saturday.

While Shami is likely to be retained for today’s match, India may not play pacer Bhuvneshwar Kumar, who suffered a hamstring injury during the match against Pakistan. India are comfortably positioned in the top four and require two wins out of the remaining four games to book their place in the semi-finals.

For West Indies, it remains a prestige game. They have had moments of brilliance from individuals like Carlos Brathwaite and Sheldon Cottrell but what they have lacked is the team performance. They have lost four of their last six games (one ended in no result) and are desperate for a win.