Devine dominated against all the Indian bowlers, especially against leg-spinner Poonam Yadav whom she hoisted for two big sixes during her onslaught. 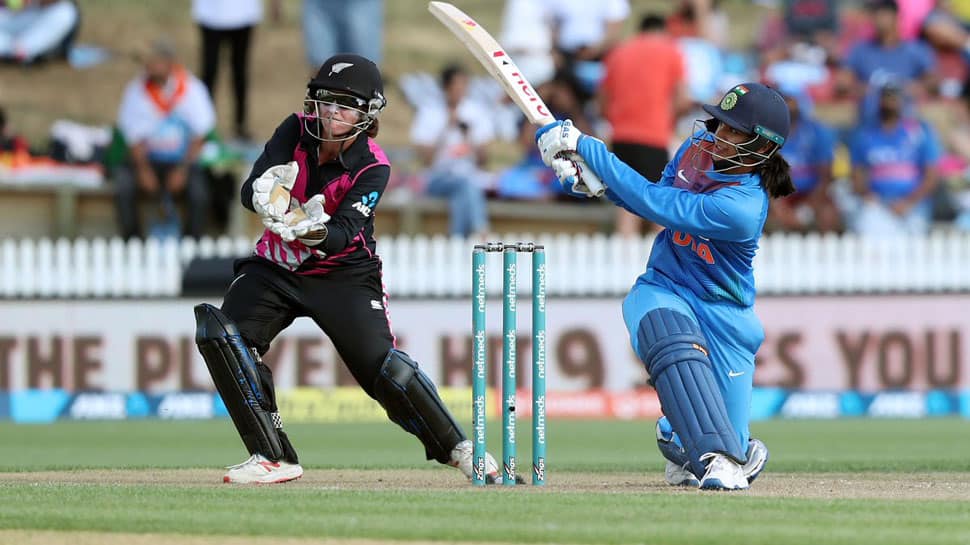 The India women's team almost pulled off a dramatic win but failed to score a boundary in the final delivery to lose the third and final T20 International against New Zealand by a mere two runs on Sunday.

Chasing 162 for a win, star opening batswoman Smriti Mandhana took the Indian team on course for a consolation win with a career-best knock of 86 from 52 balls but the visiting side failed to build on her scintillating knock to end their innings at 159 for 4.

With the three-match series already lost after defeats in the first and second T20Is, India surprisingly named senior player Mithali Raj in the playing eleven and she contributed 24 not out from 20 balls after coming to bat at the fall of captain Harmanpreet Kaur (2).

But she failed to hit a four from the final delivery bowled by Leigh Kasperek as India lost the match by two runs.

India needed 16 runs from the final over and Raj and Deepti Sharma (21 not out) raised hopes of a remarkable win by hitting boundaries in the first and third deliveries but were left to hit a four off the last ball.

Captain Harmanpreet Kaur, whose indifferent form has hurt the team, said she was disappointed at the result and the 0-3 series defeat. India had won the three-match ODI series 2-1 before this T20 contest.

"We are disappointed to lose the series like this, we could have done better. We have a lot of work to do," she said after scoring just two on Sunday.She had scored 17 and 5 in the first two matches.

"In T20 Internationals we need to make improvements in the final 10-over batting. More importantly, we need to sort out the batting order."

"But there are positives from this series like the batting of Smirti and Jemimah as well as the performance of bowlers," she added.

Mandhana, who had scored 58 and 36 in the first two matches, continued her red-hot form by notching up her eight T20I fifty and second of the series as she dominated against New Zealand bowlers yet again.

With one-down Jemimah Rodrigues (21), the other batswoman who has been in fine touch, India reached 92 for 2 at the halfway stage.

But after that, India could not force the pace of scoring and with captain Kaur failing to make a mark, the asking rate kept on climbing.

When Mandhana was out in the 16th over, India needed 39 from 4.3 overs which was not an easy job. Raj and Deepti could not get too many boundaries and they were left with 16 to win from the final over.

Electing to bat, New Zealand looked set to post a much bigger total by reaching 80 for 2 at the halfway stage but India came back strongly to force a batting collapse as the home side ended their innings at 161 for 7.

Hard-hitting opener Sophie Devine top-scored with a sparkling 52-ball 72 which was laced with eight boundaries and two sixes while captain Amy Satterthwaite contributed 31 from 23 deliveries.

The duo's 71-run stand for the third wicket from exactly eight overs was the highlight of the New Zealand innings. The other opener Suzie Bates (24) and one-down Hannah Rowe (12) were the other batswomen who reached to double-digit figures.

Devine dominated against all the Indian bowlers, especially against leg-spinner Poonam Yadav whom she hoisted for two big sixes during her onslaught.

The Indians got a wicket each in the 18th and 19th overs and two from the final over to make a remarkable comeback in the final five overs from which they conceded just 34 runs.

India vs New Zealand, 3rd T20I: How the action unfolded