Needing a win to keep the series alive, Indian women posted a modest 135 for 6 despite being 72 for 2 after the first 10 overs. 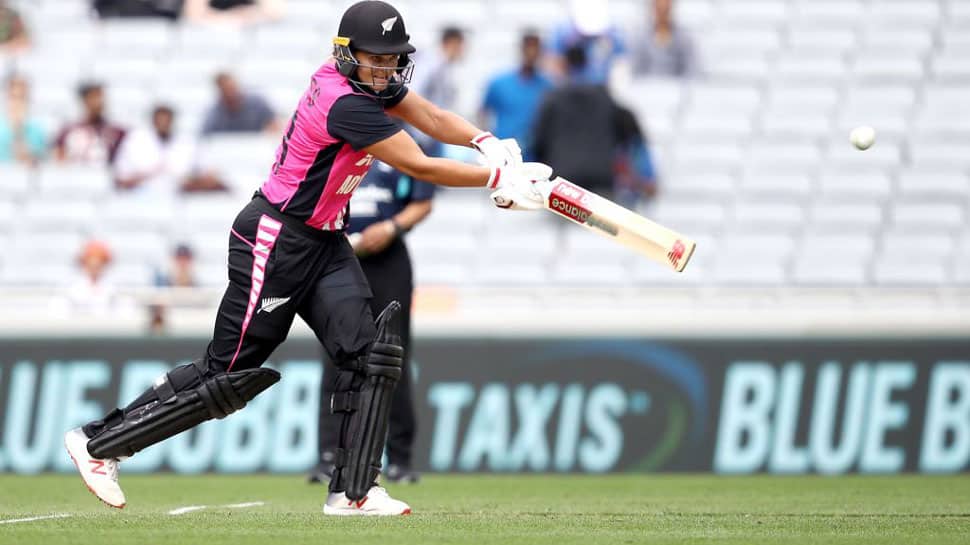 A shoddy batting performance by the middle-order saw India women lose a nail-biting second T20 International against New Zealand by four wickets and concede the three-match series on Friday.

India women had earlier lost the first Twenty20 International by 23 runs in Wellington.

Needing a win to keep the series alive, India women posted a modest total of 135 for 6, despite being well poised at 72 for 2 after the first 10 overs.

Chasing a modest target, New Zealand made heavy weather of the chase before scampering home off the last ball of the match losing only six wickets.

"I think we should give credit to our bowlers, it wasn't a good total but still they fought for us. We were 20 runs short, they played better cricket than us. We just need to learn from our mistakes and play better," India skipper Harmanpreet Kaur said after the match.

Jemimah Rodrigues slammed a 53-ball 72 that included six boundaries and one six, but India scored only 63 runs in the last 10 overs to end up 20 runs short, which became their undoing.

The White Ferns lost two quick wickets -- opener Sophie Devine (19) and Caitlin Gurrey (4) by the seventh over, having scored 40 runs.

However, Suzie Bates (62) and Amy Satterthwaite (23) joined hands, with the duo stitching a 61-run partnership for the third wicket to get New Zealand women back on track.

Left-arm orthodox bowler Radha Yadav (2/23) and medium pacer Arundhati Reddy (2/22) bowled well in the middle overs to take the match down to the wire.

Reddy, in fact, brought India women back into the match with twin blows in the 18th over -- first dismissing a set Bates and then accounting for Anna Peterson for a first ball duck to bring India back into the contest.

New Zealand needed nine runs off the last over and Katey Martin smacked Mansi Joshi for a boundary off the first ball to bring down the equation down to five runs off five balls.

Joshi, however, got her revenge by dismissing Martin off the next delivery.

However, it was not to be India's day as some sloppy fielding and sensible batting by Hannah Rowe and Leigh Kasperek took New Zealand home.

"We probably should have done that a lot easier than what we did. But I am happy. Feels like it's been a while since we won a series," New Zealand captain Amy Satherwaite said.

Earlier, Jemimah Rodrigues, with in-form opener Smriti Mandhana (36 off 27), added 63 runs for the second-wicket to set the stage for the total after the visitors lost opener Priya Punia (4) early.

Invited to bat, India women struggled to put up partnerships with the third-wicket partnership between Mandhana and Rodrigues saving the visitors's from humilation.

When Mandhana and Rodrigues were at the crease, India women were going great guns as the duo played fearlessly to put together 71 runs in 9.1 overs, before the visitors lost Mandhana.

Mandhana's dismissal brought in Harmanpreet but the skipper didn't last long and perished after scoring only five runs.

Rodrigues, though, carried on and registered the fifth T20I fifty of her career, but didn't get enough support from the other end to take India past the 150-run mark.

Rodrigues got out in the penultimate over while trying to go for big shots, stumped by wicket-keeper Katey Martin off leg-spinner Amelia Kerr.

Besides Rodrigues and Mandhana, it was a struggle throughout for others, as no batswomen could even manage double digit scores.

India vs New Zealand, 2nd T20I: How the action unfolded