The McGrath Foundation is seeking to raise as much funds as possible before stumps on day five of the fourth and final Test between India and Australia. 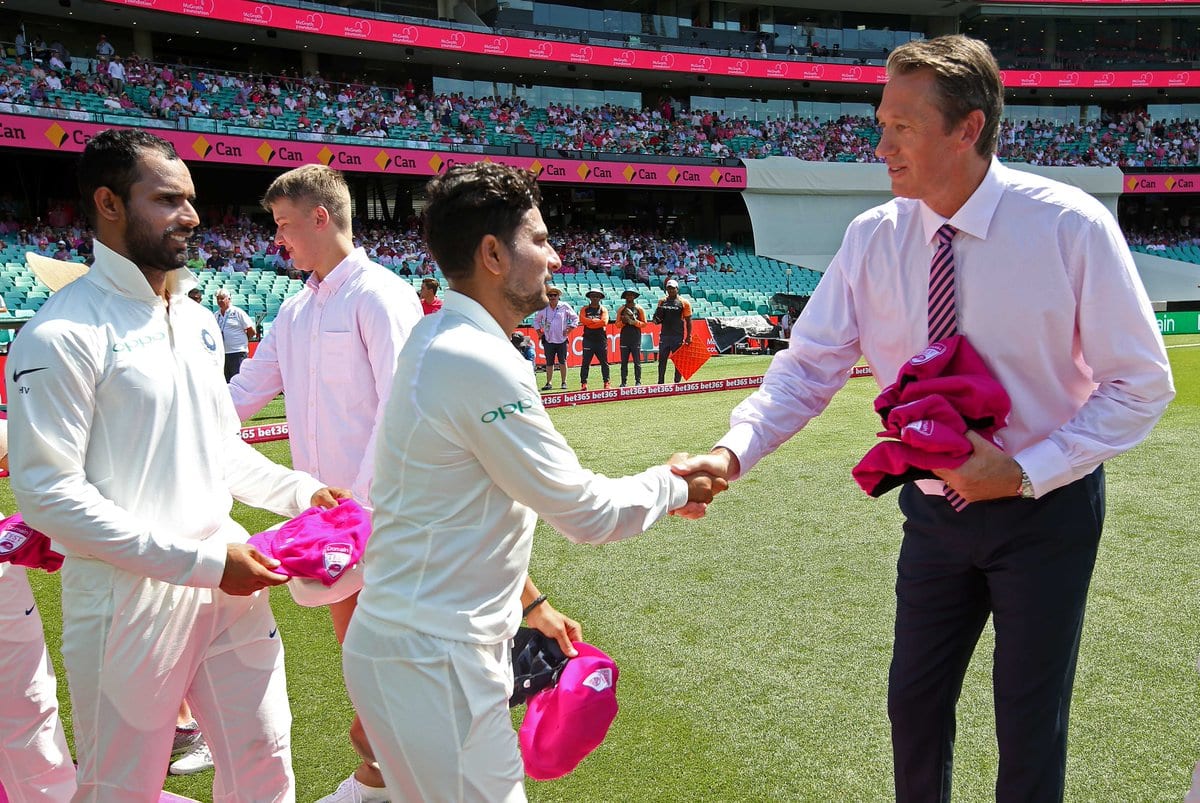 Doing their bit to raise funds for Glenn McGrath's foundation, the Indian cricketers on Saturday presented signed pink caps to the former Australian cricketer, while many donned attires of the same colour in memory of the legend's late wife Jane.

For the last 10 years, Australia have continued the tradition of hosting the Pink Test in the beginning of a new year to raise funds for the McGrath Foundation, which works towards breast cancer awareness and aid. McGrath's wife passed away in 2008 from breast cancer aged 42.

It is #PinkDay here at the SCG and #TeamIndia did their bit before the start of play in support of the McGrath Foundation #PinkTest  pic.twitter.com/2K9uY8lDGt

Showing his solidarity for the noble cause, India skipper Virat Kohli had added a dash of pink to his batting gear - gloves and pads.

"So touching to see the #indiancricketteam being not just amazing on field, but also off. Fantastic supporters," McGrath Foundation wrote on its Twitter handle.

The McGrath Foundation is seeking to raise as much funds as possible before stumps on day five of the fourth and final Test between India and Australia.

One of cricket's greatest fast bowlers, McGrath also received the baggy pink caps from Tim Paine and his Australian team on the Jane McGrath day at the Sydney Cricket Ground.

"The touching moment when the Aussies handover their Baggy Pinks to the McGrath family," the foundation tweeted.

"Together, we can make a difference' couldn't be any more appropriate! Thank you @CricketAus for what will be another amazing Jane McGrath Day!"

A McGrath Foundation banner was displayed in front of the members pavilion ahead of play on the third day at the SCG.