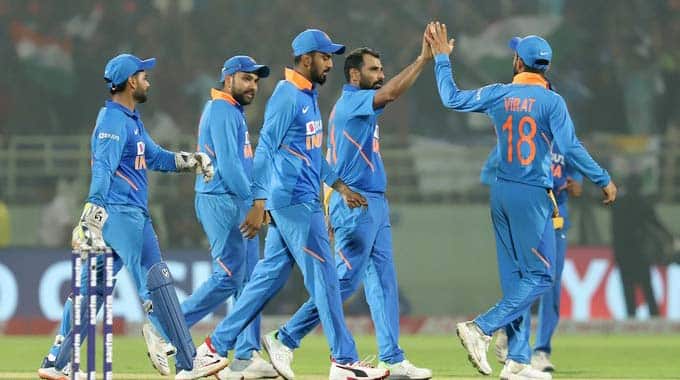 Steyn, who was recently bought by Royal Challengers Bangalore at the 2020 Indian Premier League (IPL) auction which took place on Thursday in Kolkata, answered a variety of questions ranging from his favourite batsmen to his best bowling spell on the international arena.

A Twitter user asked him about which bowling line-up he feels is currently the best in the world and Steyn gave his vote to the Indian team.

The Indian pace battery, which consists of Jasprit Bumrah, Ishant Sharma, Mohammed Shami, Bhuvneshwar Kumar and Umesh Yadav have been performing exceptionally well in the last two years which in turn has helped Virat Kohli and boys maintain their top spot in the world rankings.

During the Q&A, Steyn was asked about his favourite batsman and he gave his vote to Quinton de Kock, AB de Villiers and Virat Kohli.

Steyn went unsold twice at the IPL auction before finally being bought by RCB for his base price of Rs2 crore by the same franchise that had released him in November.

In the last edition, he featured in just two games for RCB before a shoulder injury cut his season short, after he had been signed midway through the competition as a replacement for the injured Nathan Coulter-Nile.